You are here: Home » Rum » Culture & Etiquettes » Kopstootj’ed in the Netherlands

Let’s walk the streets of Amsterdam, the Netherlands this weekend. You know this country and its people, the old Holland and the Dutch who long back landed on the coasts of our Kerala, thereby opening the floodgates of colonial times.

Yeah, we are right there, at its capital. They taught you many things when they were here. But did they teach you Kopstootje? No! Well, this is an unfair world. People keep the best things to themselves and farm out plain shit.

But no grumbling. This is a nice weekend and I don’t want to spoil the mood. Instead we are on the prowl for a nice bar in Amsterdam to unwind and also to learn Kopstootje. The city is a haven for drinkers with more than 1400 cafes and bars (there are no rules which stipulate that a bar should be 100 meters away from a temple. A tavern is the temple at some parts of the world).

Buddy, if you want to seep through the veins of Amsterdam city life, and get sucked into its culture right away, hop into one of the many brown cafes that dot the roadside. These are humble, unassuming homely places which are a world away from the chic, garish bars you see elsewhere.

Begin a day with a coffee, and then slowly give yourself in to a good beer or something stronger.

Elsewhere there are bars, taverns, clubs, joints, rooms, but in the Netherlands you have Proeflokaal, tasting rooms where you can sample the Dutch spirits. Let’s begin with the best of the taverns, which still keep the old world charm. If you have any doubts about the long Dutch drinking tradition, peek into the unpretentious De Drie Flescjes(The three little bottles), established in 1650, by Bols distillery. It specializes in liqueurs and a variety of Genevers (Dutch gin). 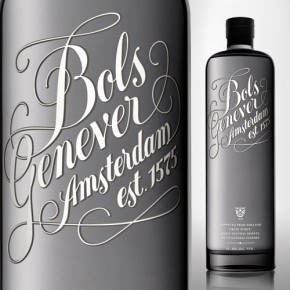 Or consult Café de dokter founded in 1798 by a surgeon. Owned by the family Beems, it was once a chill-out station for doctors and medical student. The pub is now famous for Brand beer form Limburg and for delicious house wines.

Well, what shall I do once I’m inside a bar in Amsterdam? Get friendly with a barman and tell him to get you the taste of his country.

You would soon be served with a tulip glass of genevar and a beer chaser in a separate cup. Genever and beer. The genever should be  filled to the brim of the tulip glass so that the meniscus of the drink bulges out of the glass. Gorgeous. 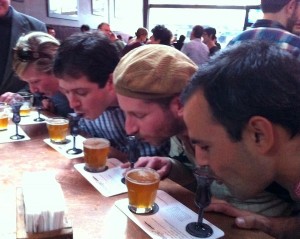 Now this is getting hot. You can’t spill the drink. You must take your first sip. How!

Well, put your hands away. Now bend down from your waist and slurp the genever fancying yourself as a cat slurping a bowl of milk. Now take a swig of beer to chase the genever down the system. Take alternative sips from the two drinks at your leisure. Have fun.

You have just performed a Kopstootje. Congrats.

Do you have the guts to do that here? Well, that at least needs a bit of Dutch courage, boy.