You are here: Home » Featured » Kindness in Blue Saree 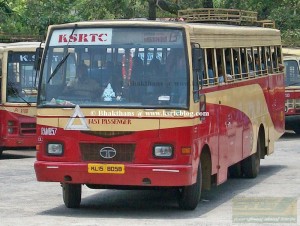 Every journey begins with the note of a driver’s door slamming shut.

The passengers sigh. There goes the double bell. A wave of cool air wafts across the stuffy atmosphere inside licking sweat on the way.

One flick of the key, the bus comes alive into judders.

My journey to Kuttikkanam from the KSRTC bus-station at Thampanoor thus began on a high note last month. A whole night of travel lay before me, I should learn to school my excited nerves before journeys, I instructed myself.

I was happily settled on a side-seat. On the frigid iron window railings I would prop my face to feel the cold fingers of air sear my skin all night.

Still I knew nothing is sure in bus journeys.

The bus was a ragbag of people. One bore on the back seat could spoil a whole trip by asking me to pull down the shutters and help him into deep slumber.

The bus rolled out of the station, the engine revved up, and the driver pressed vehemently on the accelerator. It was midnight, the city roads were deserted; they looked like orange ribbons tied one after the other under bright sodium vapour lamps along which our bus zipped on like an arrow.

With the ticket crumbled inside my fist, I leaned back to enjoy the cold air gushing in through the window. There are moments in every journey where the present sinks and memories of sweet past rush in to fill the void. I was in one such reflective mood when my ears were riveted on to a noisy squabble that broke out at the front of the bus. 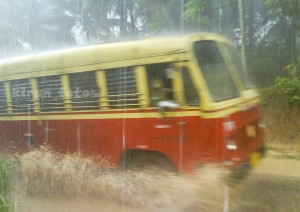 Behind the driver’s seat, I saw a young man with unkempt hair and patchy beard talking emotionally to the conductor. He stood there facing the uniformed man and the rest of us. With his sunken eyes and hollow cheeks, he looked every inch a pathetic creature. The conductor’s voice boomed around the bus, as he hollered, “if you don’t take ticket, I will throw you out.” The young man tried to mumble something, defending himself. I pricked my ears.

“But I took it, sir. But now…now I just can’t remember where I put it away. I am sorry, I think, I’ve lost it,” his fingers were still in his pockets rummaging for a small crush of a paper. He couldn’t find it; tears tumbled out of his eyes. “I swear by my Attukalamma. I took my ticket. I gave you money. Please don’t throw me out, sir. I don’t have any money with me, now.”

There was pitch darkness outside. He was now crying like a little child.

Except the conductor all others in the bus were now moved. Look at the middle-aged women among the passengers. They muttered under their breath seeing the way the insensitive, cruel and beastly conductor treated a human being, right before their eyes.

“I haven’t eaten anything, you know? And I have…” he broke down again. I saw a woman in her 50s, dressed in an expensive blue saree sitting right in front of him, 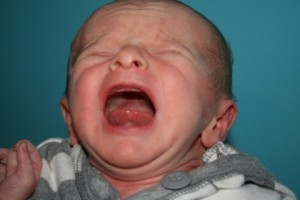 who also began to cry along with the young man. “Mone, don’t worry,” she said in between sobs,” We will pay for your ticket, and you must eat something. I will give you money, don’t cry.” We all nodded with tearful eyes.

So along with many I too got into my feet to fish out the purse from the pocket to chip in for a good cause. It was then that the shocker came, hit and left us paralyzed.

While sobbing, he said to the lady,” You know chechi?” The chechi nodded her head wiping her streaming eyes with the hem of her blue saree, “para mone(tell me son).”

“Chechi, I was right over there when I took the ticket,” he said. “Leave it, mone,” she consoled him, “we know you are telling the truth. Some people when they get into uniform forget that they are human beings. They become animals.” She threw a flame of a look at the conductor as she said that.

“What is it, mone?” She got on to her feet and stretched her arm to wipe his wet eyes with the hem of her blue saree. It was then the missile hit her.

Chechi jumped on her feet, her face paper white, mouth open, eyes popped out.  All of us were jolted as if a 220KV line had just connected beneath the seats. What!!!

“Chechi, ask this pu@3% mon, what he wants.” We all stood there like cartoon characters with jaws slacked open, hair wire stiff. 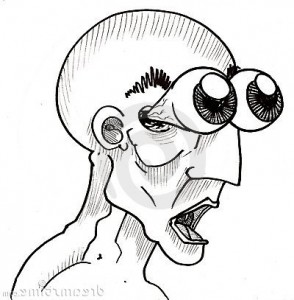 It took sometime for all of us to restart out paralyzed lungs, and when I did that finally, I swiveled around to see whether chechi was alive.  It is true that women have special abilities to tackle such types of hazards. There lay the lady, on her seat snugly sleeping with a face as tranquil as tranquility could ever aspire to be. Despite her age, the middle-aged woman had plonked herself down on her seat like a slab of granite, the very moment the first missile caught her point blank. As I saw her, the hem of her blue saree was still groping in the air clueless of the whereabouts of its owner, then spotted her deep down on the seat already in sleep, followed her down, and settled over her much relieved.

The lady hadn’t seen or heard anything since she’d got onto the bus. Don’t ask why she was still sniveling with her eyes tightly screwed.

“Kick the bastard.” “Beat him.” “Throw him out.” “We should not tolerate drunkards like this pu%$# mon. See how he dares to use dirty words before women!” People were up with abuses, once they shook away the shock.

They pitched the man out into the darkness when the bus stopped at Mannanthala.

The bus still reeked of alcohol even with the man gone, even more so now, with all this shouting and sweating. I looked at the lady. Her blue saree was fluttering about her; her cheeks still wet but were slowly getting dried in the night wind.

Sleep on chechi. I smiled as in my mind I whispered to the lady what my mother used to tell me when I was a child: “if you are really sleeping, you will raise your right arm.” I didn’t open my eyes to catch her lying there with one arm raised.

She was a respectable old lady in blue saree.

2 Responses to Kindness in Blue Saree