You are here: Home » Featured » In Thrisangu!

I stood inside the shady hall blaring into a mobile phone. 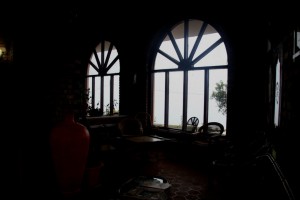 “But I told your manager Deepu that I would come early morning. And you say you don’t have any rooms?”
“Sir,” Sibi said. “Our checking in time is 10 O’ Clock. You have to find some other alternative until then as all our rooms are presently occupied.”
“Sibi, I have come from Trivandrum. Deepu had told me it won’t be a problem even if I come three hours earlier. I need to change. I need to brush. I need to go to toilet. I desperately need a bath. My father-in-law is not living in Kuttikkanam to help me with all that.” Silence.
“Ok, you can use our servant’s toilet for the time being.” He disconnected the phone.

Manu, control! Any amount of indignation is not going to settle the problem brewing deep in my belly. Get me a toilet!!!! My stomach yelled.

Holed up in the dark restaurant which also functioned as the reception room of the resort, I cursed myself for being a Mammootty fan for long. Saw ‘Nair Sab’ five times for this!

It was Mammootty who played a big role in getting me down here. I came across the official website of Thrisangu resort and saw our megastar endorsing it. “True to its name,” his compliment still rang in my mind. And here I am sulking in the dingy darkness inside a cave of a restaurant. 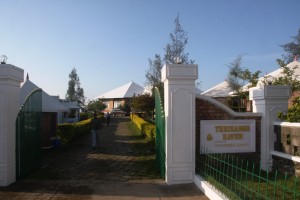 An hour had passed since I came here.

It was only after a lot of shouting and kicking, screaming and whining at the entrance that the door had opened. But the one who let me in said he was innocent; he was just a tourist trying to get out. I took my eyes off and he slipped out of my sight forever.

Here I am left alone with the dark figures of tables and chairs.

“Hello…” my voice resonated inside the empty restaurant. This smelt every inch the Bates hotel in the movie, Psycho. The spookiness grew with each passing moment.

“Hello…” Finally when my screaming got too terrible somebody from what looked like a wall pushed open a door, popped his head out and asked me to take down Sibi’s number. I took it down in hurry.
“But who is Sibi?”
I was once again facing a blank wall. I called Sibi who unapologetically directed me to the servants’ toilet.

In the darkness, I inched my way to the reception. I went behind the counter, dug my hands deep into my bag and ferreted out what felt like a mundu. Could it be safe to leave my camera and my bag here when I go to the toilet?

After much fumbling, I finally made it to a door, which complied. If this was not the kitchen or a wardrobe, it must be the toilet itself. I switched the light on.

The toilet was too small that it had no separate bath area. You could hardly brush your teeth sideways at the washbasin. I tried to close the door. No way. With me in, it won’t close. I stepped out and shut the door. That worked. I could open the door and enter but had to come out if I wanted to close the toilet door. Great!

I remembered taking all the trouble for going to CBI diary kurippu. Thank you for leading me here, Mammootty. 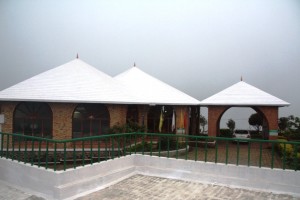 Back at the restaurant I saw a family of four, the early birds, picking their breakfast at peace. There was now a dim light burning for them. The tourists looked at me with wonder as I changed into fresh clothes right inside the restaurant. On my part I didn’t understand why the children were so amused in watching a man hopping around their table with one leg stuck in his pants.

“I want to see Deepu,” I told the supplier who came with a bowl of Sambar. “Deepu sir has just gone out. He told me he would meet you in the evening.”

I left the bags at the reception and went out to explore Kuttikkanam.

Evening. I came back to the resort. Tired.

“Ayyo… Deepu sir has just gone out. He told me he would meet you in the morning,” the man at the reception was sorry. He handed over my suitcase, and a variety of clothes I shed behind the counter in the early morning darkness. He also gave me the keys to my room and asked a uniformed man to lead me to my den.

I showed him my bag. He showed it back to me.

Soon I lugged my bag on my shoulders; followed him down into a cellar that would also work as a deluxe room for persons who came here trusting megastars.

“Sir, this is the menu. You can order anything from your room,” he said. 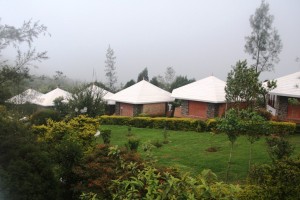 It was evening. It was cold. I had a couple of pegs of scotch left for cold evenings like this. I dialed the restaurant only to find that numbers 1, 3 and 9 in the telephone keypad would not budge. And all the important numbers – reception, room service, restaurant- began with number 1.

Good, I remembered how much time I waited in the queue under a punishing sun to get a ticket for the movie, ‘Amaram.’

I ate something from the restaurant that night. But nothing that surprised the palate. Next morning I came to the reception to check out. “Deepu sir has just gone out, isn’t it?” I asked the man at the restaurant who nodded.

Thrisangu has all the basic amenities. The eye-catching cottages though built in concrete can work up some romance in misty nights. The views of the valley the resort offers are also stunning.

But what Thrisangu lacks is a soul. And a face you would recognize for a long time.

I think Mammootty was a bit ironic in complimenting Thrisangu, “true to its name.” True to its name. Yeah. With its infrastructure this resort aspires for the heaven. But with poor hospitality and PR, it hardly soars beyond the mundane. In every sense Thrisangu.

I was virtually and literally in Thrisangu for a day.

(I have changed the names of the people mentioned in the story. I don’t want them lose their jobs just because of this. Kuttikkanam is in the Idukki district).