You are here: Home » Featured » In the Palace of Winds

In the Palace of Winds 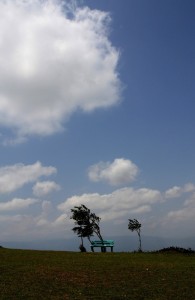 I lean into the wind as I lug myself uphill. But I must put my feet softly on the thin-skinned earth. This time I know I walk along a wound. It has healed only on the surface.

There is a hilltop and a beautiful sundown waiting for me. But here I am closer to the earth, listening to her faint groans against a mocking wind.

“People went through real hell,” says Syam K. Prakash, front office manager of Punarjani resort at the wind capital of Kerala, Ramakkalmedu. He is talking about the Mullapperiyar issue and how the people of Idukki survived the tough times.

Relationships were hit. Business was hit. Travel industry was hit. “Our media were given strict instructions to downplay the incidents which happened at the border; hence you people never come to know what really happened.”

At the far end of the resort’s yard, Syam unbolts a flimsy wooden door in the fence and steps into Tamilnadu. I stop there for a while, appreciating myself, with one foot on Kerala and the other on Tamilnadu.

The rickety door bangs loose in the wind. I turn around. To see once again the long scar that that divides the vast innocent landscape into two states. 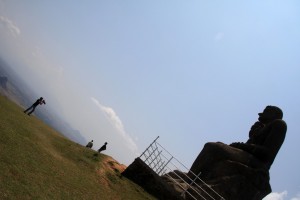 “But some studies have stated that the dam is safe. Then why do we make such a fuss over it?” I try to sound intellectually detached. Syam stops, turns around and fixes me in a stare.
“Sir, have you ever slept under a roof about which your neighbours are divided whether it would fall tonight or tomorrow?”
“Uh, no.”
“Sir, you should. Only then you will understand how schized out people of Idukki are. They run out of their house at night even at the sound of a coconut falling.”

Not anymore insensitive comment from me, I decide. But don’t these winds ever take a break? “No,” Syam smiles. “Only their character changes with the season.”

The walking against the tough wind takes some getting used to.

We have almost reached the top, but then my eyes rivet to something far away on a distant mount. I squint them hard enough to make out the figure of an ox, forlorn and lost in the desolate landscape. I fall far behind Syam.

The more I stare at the wild beast, which is so bizarrely lost, the more drops of anguish run together in my mind to choke my soul. Suddenly, I feel the emptiness of wild landscape inside me. I too felt depressingly alone. 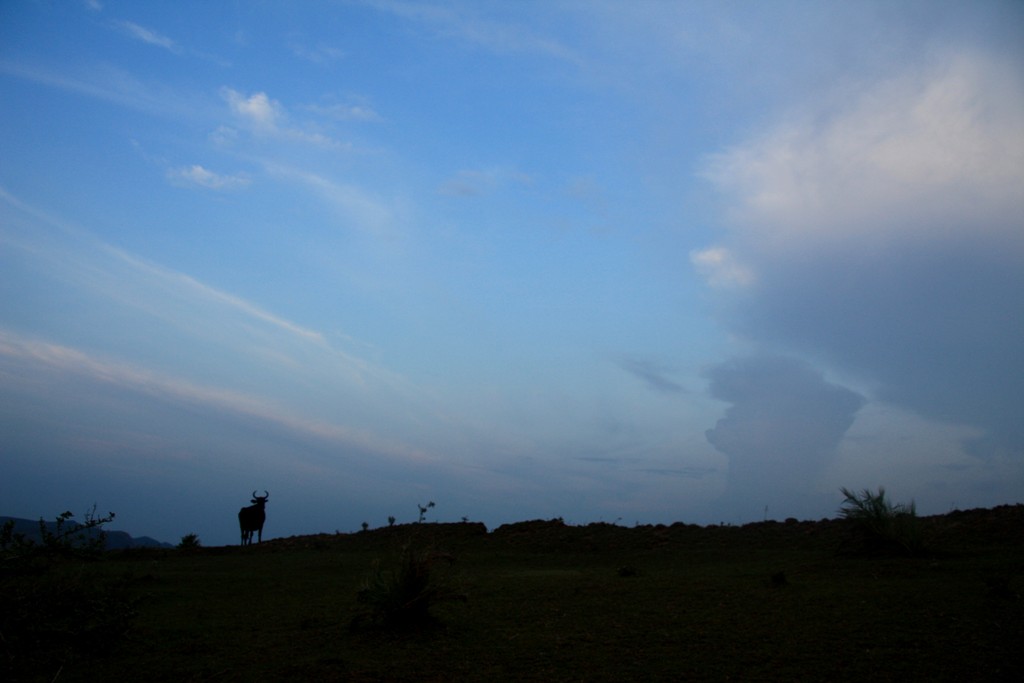 Syam and I could only spend a few minutes at the mountain top, because of the failing light and howling winds which threatened to lift us off. On the way back, I see the ox again. Transfixed on the same spot but it has now almost melted into the darkness of the sky beyond. I feel the weight of its eyes boring this way, right into me.

I vainly try to rehearse the fears it will go through this awful night.

Punarjani Ayurvedic resort at Ramakkalmedu is the most you can ever get close to the winds. The long hike up the hill which looms behind the resort is an exhilarating experience for the limbs and the lungs. Or ask the resort staff to get you an auto to visit the best of Ramakkalmedu. 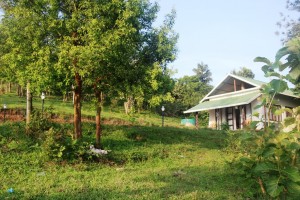 Spend your time beneath the gigantic windmills in the only wind farm in Kerala. You find yourself so tiny, a Lilliputian marooned in an island of Gullivers. Or walk up the Ramakkalmedu hill to see the colossal statues of Kuravan and Kurathi sharing their love in whispers. See the winds spinning around them like dancing dervishes. (Both the wind farm and the Ramakkalmedu tourist centre are just auto-able distance from the resort)This is where Lord Sree Rama had once set his foot on, as the legend says (Hence Rama-kkal-medu).

A few jumbles of houses which you see down the valley are towns in Tamilnadu – Cumbum and Theni. On a clear day you can make out from the haze at least five such towns.

Come to Ramakkalmedu only if you can stand the muscular winds. Some are notorious; they almost knock you down, but beware of the ones which can break even hardened minds open and scatter thoughts over distant mountains.

Enjoy the night at Punarjani resort. I see the dark valleys deep below coming to lights from houses and streets, thousands of them glistening like glowworms. “You should come on Deepavali nights to see the real fire-magic,” says Joby Kurien, the manager. (He and his wife Smitha are doing a wonderful job in putting the guests feel at home).

A cold night like this should be spent in good company over a couple of pegs. Sadly, my friends are not with me. Here I stand in a beautiful 10-acre resort as its only guest. Quavering with every buffet of wind now I look around for a little help.

I flash smiles at Peeyush, Roy and Syam, the resort people. Won’t they? 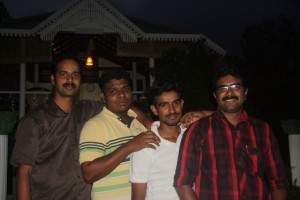 Soon I join Peeyush as he prepares Chicken 65 which is meant to chase down a couple of pegs from Royal Stag whiskey, kindheartedly donated by my uncle in the Air Force for landlubbers like me.

A toast to windy nights and sudden friends.

Night! It is still young. These bloody cold winds will never sleep, I know.

Tonight I will pull a chair outside my cottage opposite a whooshing gale to teach him a few precious lessons in silence.

(Punarjani Ayurvedic resort is successfully run under the management of Bhargav Vasanth and Julie Vasanth. It is almost 3 kilometers from Ramakkalmedu, which in turn is on the Munnar- Thekkady road. The executive cottage, a gorgeous one where I stayed, is yours for a rent of 2500/- a day. Then comes a couple of family cottages at the rate of 2000/-. The cottages for couples can be booked for 1500/- for a day. Food and amenities are excellent. Call Joby Kurien, the manager at 9605767201 for further details. The wind comes free with all packages).

8 Responses to In the Palace of Winds