You are here: Home » Featured » Honey, I shrunk the Husband!

Honey, I shrunk the Husband! 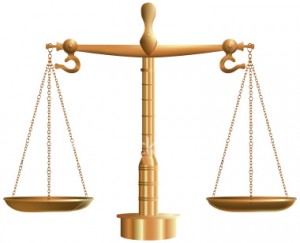 If you have a weighing machine at home, you should read this story.

No complaints on that though we secretly wished the figures to drop below 70 and 60 respectively. “No issue, Manu chetta,” Divya cheered me up, “we can always drop a bit of fat when we want.”

Life thus was sailing on smoothly, when our family friend breezed in one morning to gift us with his digital weighing machine. “Go digital,” he advised us. “Your life will be changed forever. This gives you some accurate measurement.” We thanked him.

The month of March came with huge platters of food. As it was the closing season for my college with a lot of retirements around, there were dinners galore. At the drop of a chalk piece a teacher would throw a party. Many chalks were dropped, and I binged around as if there were no tomorrow or an uneasy wife at home.

Just to blow me out of all human proportion by comparison my wife shrunk to 55kg. “See?” She screamed. Yeah, I can see, fifty-five, I said.  “You put on weight because you have only one thing in your mind: FOOD! Do you have any concern for your health?”

“What March! Manu chetta, this is serious. If you couldn’t stop eating Beef, Beer and Biriyani not even god can save you.” She slammed a plate of salad on the table. See, how insolently she hit at my weaknesses of the season- the three B’s! I can sacrifice the first two B’s. But an occasional beer with friends in summer is de rigueur for a writer.  “We start walking tomorrow.” Hey man, you listened to her tone? Was that a request! Such cheek! She ordered and stormed off. You can walk my dog, I screamed behind her, in my mind. My readers know I am the last man on earth who can be dictated around by a wife. Next morning, at 5 O’ clock before she got a chance to wake me up for the walk, I, the boss woke her up. “What?” She asked sleepily. “At what time do we start?” I got her stumped for an immediate answer.

One month of arduous pummeling in the Museum, a strict no to all B’s in my life, I knew I lost what the month of March had added to my belly.

May 1. I stood before the machine as cockily as a gladiator would stand facing the gallery after butchering the dragon, green blood dripping down his arm. “What do you say, buddy!” I asked the weighing machine. He didn’t reply. He was busy flickering numbers and finally flashed the answer. My fate in digits: 50kg. 50kg? 50kg!!! I refused to wear the laurels, Caeser-like.

“Manu chetta, I am so sorry. You should not have cut this much food. I was so cruel.” My wife almost broke down. As I was trying to console her, I saw in those tears, a long line of beer bottles winging back to my life once again. I choked back my smile and patted on her shoulder.

But how can a man lose 25 kgs in a month! That part nagged us.

Divya, put her thinking specs on, pulled out a collection of medical tips from her huge library. She found in Vanitha that a horde of diseases could be suspected if someone loses weight suddenly. She crosschecked the matter with Grihalakshmi, took notes from Kanyaka (All the time I was being force-fed with all three B’s that would help me gain weight) and reached the conclusion. Yeah, we must go through a blood test to rule out diabetes.

Before we left, once again we checked my weight. The screen blinked and then showed 45! Divya was all panic. It was an absolute Honey-I –shrunk-the-husband scenario for her! 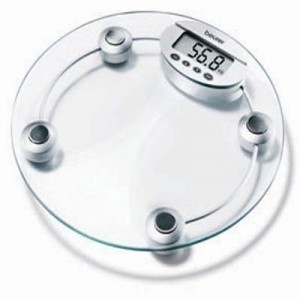 “No more walking!” She announced.

Well the blood test showed me in the pink of health. By that time, I had plummeted down to 40 kg! Just think, I lost almost 35 kgs in two months! I worked hard on my food. Divya wouldn’t take a burp for a no, and ladled another glass along with a plate of beef fry. On one aspect, her “eat, eat” was music to a pair of ears that has been raised by her “stop, stop” regarding food.

Yesterday morning, we checked the weight after two weeks. I showed 25!

For the first time in her life, Divya learned the limits of all those women’s magazines she used to read and collect. None mentioned the condition her husband was facing now. Diabetes, ruled out. The big C, ruled out. Thyroid, ruled out. I saw a bookmark even on the page of AIDS. What the hell is happening to her husband!

“Dear,” I put my hand on her shoulder, “before I leave this world, I want to see how much you weigh.” “No, Manu chetta, my weight would hurt you more!” “Saramilla mole, at least I would be relieved to know that you weigh enough in this world when I leave.”

Finally after much pressure, she got on the contraption half-heartedly, taking a solemn oath in her mind that she would leap down in a flash before her husband could be able to read it, if the scales went beyond sixty. Anything beyond 60 would be too painful for her husband who was only 25 running, she guessed. Perhaps she would then lie that the machine showed 40 something. Yeah, that would be a huge relief to her kilogram-deprived husband. 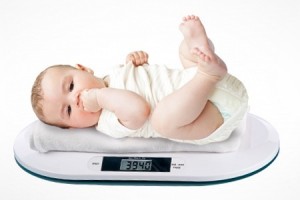 She was 5 kg when she was born!

Only last day she carried home 5kg of sugar! Last week she was lugging across the MG road, 7kg of rice! And she weighed only 5kg! Can 5 kilograms carry 7 kilograms! She cursed herself for never being good at math. Suddenly Divya recalled that she’d read somewhere that ants carry more weight than what they have. So this could be true! Five kilograms!

“Dear, don’t let your thoughts go wild.” I tried to calm my wife down. “What do we do now?” She asked all lost.

“Certainly not going for another blood test. This is the matter, dear. This machine! This weighing machine is screwed up! It has never showed us the right figure. Never!” She gulped the gulp of understanding, turned her eyes down towards the bloody machine. She now realized why the women’s magazines were silent on her husband’s condition. And I, I never realized women had such pent up force in them until I sat down that evening to scrape the bits and pieces of a once-upon-a-time weighing machine from the floor smashed against the wall.

Through the tears collected in my eyes I could see a line of beer bottles, plates of beef and biriyani winging away from me into far off distance.

13 Responses to Honey, I shrunk the Husband!