This is the second part of a series – Homestay Blues. The travel writer narrates his experiences staying in different homestays across Kerala. This time he is in a holy abode in Kasargode.

he 70-year old Vamadevan Nampoothiri gave such a sharp kick that it writhed for a moment on the floor with pain before it  flew back into the dark entrails of the cupboard from where it had come out.

All happened in a fraction of a second, I didn’t see it come and go, for the old man was so fast in execution. For a moment, I thought it was a huge cockroach or a rat that scurried out from the cupboard in fear, as Nampoothiri disturbed their abode, I couldn’t tell which. Before I saw it, the old man sent it back furiously, a fury we’d never expect from serene and old men like him, a fury I have seen only in my wife when I announce I am going to a party for the third consecutive day in a week, a fury with which Israelis could be wiping out the people of Gaza.

KINANG! We heard something hit a wall deep inside a cave.

The moment Nampoothiri closed the cupboard, someone knocked on the other side. Visitors! Nampoothiri opened the door to see who it was – out tumbled two more of them. Bottles! Quickly he bent down, scooped them up with both hands, his fingers covering the labels, and threw them back with a curse sent after into the dark abyss. Such fury! But what use!

The bottles hit the wall and ricocheted, this time bringing back with them a couple of their friends too, perhaps with an intention to introduce them to the master of the house. Poor Nampoothiri, he had no other option but to squat down on the floor with great difficulty.  He picked the bottles from the ground one by one, and with the patience of a child building a high-rise of cards, he tried to put those enchanted bottles back in the cupboard in some order so that they wouldn’t visit him again. But today the cupboard had a problem. It was bursting in its seams, waiting for its moment of upheaval, and this was the day it chose. The moment Nampoothiri put a couple of bottles inside, out came four, when he tucked four inside, out came eight, the game went on until we were surrounded by a sea of bottles. 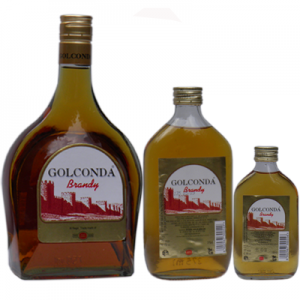 He said.
“No, I think it is Golconda,” I corrected him, forgetting my wife’s advice that I should never try to contradict old people. Golconda was an inexpensive brandy available in all beverage outlets across Kerala. And the labels on all the bottles around us had only one mantra etched on it.

I didn’t say anything, but sat down near him and began to help the poor man put back the son-in-laws, sorry, Golconda bottles into the cupboard.

Meanwhile, Divya called from downstairs asking whether she could come up to the attic to see the divine tunic, the old man had inherited from his ancestors. “NO!!!” We cried back in one voice – Nampoothiri and I. Soon we were bending backwards supporting our torso on our arms thrown behind, chins pointing to the wooden roof, kicking back furiously at the bottles that tumbled out with equal vehemence – some bicycle crunch of sorts.

We didn’t talk about the tunic as we kicked; no one wanted to show it or see it or wear it.

Now I had only one prayer. All this tumult from the attic as we pressed down our backs on the wooden floor, kicking furiously at those plastic bottles pushing them back into the cupboard, along with the huffs and pants raising from this room as we do it, should not in anyway create any unseemly doubts in my wife who was asked not to come up for a long, long time.

I don’t remember who recommended the homestay to me, but whoever it was, he made it a point to warn me that visitors should not think of any non-vegetarian dishes or alcohol while they stay in that illam. Even thinking was banned. “You don’t know anything, Manu! You are lucky if you get permission to stay in the house of that blessed artist of yesteryear, whom even maharajas once vied to patronize. The locals still feel the presence of lord Krishna in that home!” 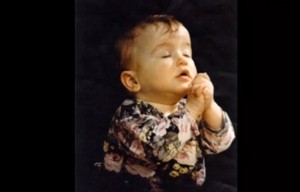 As if the damage he had done in my life was not enough he leaked the matter to my pious wife.  And told her that the Illam had a divine tunic that some God had gifted to one of the ancestors in a dream. “Don’t miss it.”

Divya knows that turning her husband into a vegetarian for even a couple of meals is more difficult than cleaning the Aegean stables. She cried, pleaded, fell on my feet, but I, the master of the house didn’t budge. Finally I forced her, like a strong, bold and macho husband, to resort to her last number – that of flying into a rage. “Well, now you are talking sense,” I told her. I accepted her proposal – no meat, no drinks, no evil thoughts for a whole month. “But why a whole month! We are going to spend only a couple of days in that illam!” I raised my doubt for one last time. “Manu chetta, it is our ‘mujjanma sukrutham’ that we got their permission to stay in such an Illam. We must enter into a state of vratha to pay our respects.”

We were received at the entrance with the holy lamp, smeared on the foreheads with holy ash; vermilion and sandalwood paste followed, and soon were led to a chamber by a consort of Nampoothiri women. The illam was poorly lit in the evening, with few bulbs burning here and there; the air reverberated with such holiness that we could only tiptoe across the silent halls without disturbing the cobwebs of legends, myths and histories that shrouded the abode.

Divya by evening had acquired the peculiar language in which Nampoothiri women of North Malabar speak to one another: “Nom nireechu! Jaasthiyavunnundu ketto! Athredam vare onnu poyalo?” I gaped at her with new eyes. And ears.

“What happened to your language?” I asked her in panic. Hospital was far away.
“Manu chetta, ask them where the divine tunic is?” She said. “I am dying to see it.”

After dinner, I gathered courage to ask Vamadevan Nampoothiri why the ban on non-veg and alcohol in the illam. “Where do you think you are!!! This is an Illam, a divine 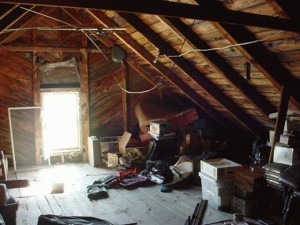 abode. You might have heard of Vasthupurushan, haven’t you?” I nodded. Divya threw  a flame-ball of a look my way. “An illam would become an abode of evil, the moment someone brings alcohol or meat inside. Any amount of punyaham (cleansing rituals that would wash the sin away once a place is polluted) would not be enough to clean it. Do you take drinks?” “NO!!! Never!” I shook my head. “Can I see the divine tunic?” I asked to deviate from the topic.

“Come,” He led me up to the attic through a flight of wooden stairs. “I think, it is inside this,” he pointed to a cupboard that we didn’t know was pulsating with excitement.

Half an hour later, when the pandemonium finally settled in the attic; I came down, sweating all over.

“Where is Nampoothiri sir,” she asked.
“Cleaning the floor,” I replied.

Well dear, this is what happened that day. I hope this post could dispel all doubts. We were not ehm…fighting.

As is customary, all bridges that might lead you to the actual illam of the story are burned for the sake of anonymity. After all I got a hearty laugh from there. Hope you too were amused.