Praseetha Asokan, a writer and student of psychology knows what mental games to play to  survive the most challenging times.  She only has to turn back to her childhood to pick a costume she left there long back.

I’m a first born child.  The big sister of the family.  So, as an essential tactic for the survival of my kind, establishing my unquestionable authority before the young ones reach any sense was a main priority on my agenda.

As simple as this may seem, it’s not that easy when your little sister is a little ‘Ms. goody-goody’ PLUS a bookworm.  And to add insult to injury, I was the exact opposite – a wild thonivasi.

So it doesn’t take a genius to guess the political standings in my household.  Sweets and kisses for the little one. Big fat cane for me.  Only I knew the truth about that ‘innocent’ face when it wasn’t stuck in a book.

Being 3 whole years older, I could never really hurt her when we got into fights.  I had a strict policy of beating up only those my age or older.  But unfortunately my ‘innocent’ little sister took this to her advantage.

I’d give her a small pinch and she’d come back at me with her fists and feet flying.  But when mommy eventually comes upstairs to investigate what all the noise is about, 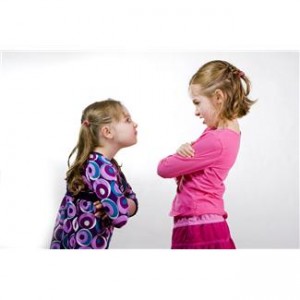 she’d suddenly jump off my back and start crying.  So when my mother entered, she’d see her baby crying her eyes out and me on the floor bewildered, wondering how my back could’ve hurt her fists that bad.

I realized my big-sister status was at stake.  The more she got away with fighting me, the more frequently such incidents occurred.  I found that keeping my hold as the superior was beginning to slip.  She was canvassing my parents to her side, too.  If I didn’t do something quick, I would soon lose everything!

Inspite of all this, I remained confident.  After all, the superiority in age also gave me the advantage of a much more advanced kuruttubudhi.  I noted that she was going through that Sci-Fiction aliens and monsters phase of childhood and carefully devised an evil scheme.

That evening, I silently crept into her cupboard and waited.  As soon as she came in, I dramatically lept out and strided across the room with my hands behind my back, Sethuram Iyyar CBI style.  I started inspecting her room with my back to her. 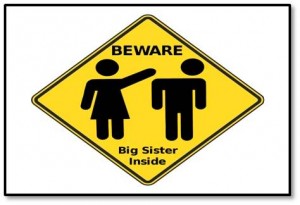 Although my sudden appearance startled her a bit she quickly recovered and asked “What are you doing in my room?” in her bratty little voice.

Aha! Just the cue I was waiting for.

With a satisfied smirk I spun around. Carefully keeping my face in a serious expression, I locked my eyes on hers and said, “So you are finally alone.  The big humans are far away downstairs.  What I am about to tell you must never reach their ears. Do you understand?”

She blinked.  Accustomed to my usually cheerful face, the serious tone caught her by surprise.

I continued with my dramatic monologue now that I had her full attention.

“ I am not who you think I am.  I have been disguised as your sister to take her place while she is away on a top secret mission on another planet.”

I paused to add a dramatic effect and watched as her eyes popped clear out of her skull.

“It is not usual protocol to expose myself like this, but I feel it is necessary to take some precautionary methods incase something is to happen to four-double O-one.  That’s Praseetha’s code by the way.”

By this time my sister was frozen to the spot with a helpless look in her eyes.  Poor thing. I thought.  Maybe I should stop.

Na.. I’m having too much fun!!  And anyway she had it coming.  This is what happens to those who dare to mess me.

Overcoming my momentary hesitation, I got a little more into character, pacing the room in military mode.

“I could have been out there with the rest of our team fighting the enemy, but I am here as a favour for your sister.  So you better not give me a reason to leave.  Remember, I am not Praseetha.  I will not take any of your human nonsense.” 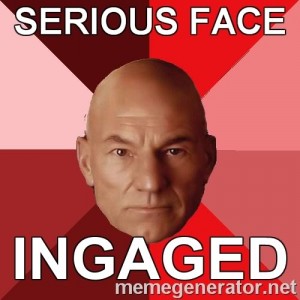 I watched her swallow hard as I reeled in for the finale.

“I will remain here until your sister returns.  If you ever tell your parents or the authorities don’t blame me for the dangers that follow.

I will leave now.  I trust you will make the right decision.”

I gave her another intense stare and left the room in slow motion.

After my little performance,  whenever she wanted to enter a room, she would first check if I was there. If I was, she’d dash off in the opposite direction.   And whenever I entered the room where she was sitting, she would scurry out as fast as she could.  I have to admit it was hilarious to see that look on her face.

I played around with this for a few days. I’d randomly say I was thirsty or needed something and the poor thing would immediately go get it for me.

But after about a week, I felt she’d learned her lesson and decided to end it.

I went up to her as my old cheerful self and called her to play.  She was startled at first, but after I blabbed on a bit more, she was satisfied I’d come back and happily joined me.  But ever since then whenever I got as little serious she’d immediately oblige to my wish.

Even though we’re ‘all grown up’ now, our fights are just as frequent but fortunately not as intense.  And somehow we’ve ended up as the best of friends.

But every once in awhile, she does something that makes me wish I could bring back ol’ agent four-double O-one for a little bit longer.