You are here: Home » Featured » Freekick: Nursing an old Wound

Dev sir couldn’t understand why I was fighting tooth and nail against his plan to whip up support for me from the students. “Manu,” he said innocently, “I only want to help you. We must teach those nurses a lesson.” 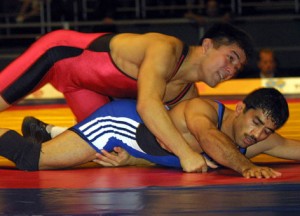 I was almost in tears. He shook his head in disappointment, still pinning me down to the bed with his muscular arms.

From childhood onwards my heart has been bleeding for poor nurses. Not a whimper escaped me when they took me off the bed, carried me around on their shoulders and demanded me to pull off the show instantly.

But it was hardly any such concern for the white uniform that prompted me to let those nurses who had erred go. I didn’t want to hog any limelight. Even if the lights would come my way I knew where it would search for in my body.

This happened 12 years back. I was teaching in a college in Varkala when a half-door shut on my fragile arm breaking a metacarpal bone. My colleague, Dev sir (Now he is the principal of SN College, Punalur. You can check the story with him) rushed me down to a dispensary at Attingal, his home town. Many other women colleagues also enthusiastically chased us to the dispensary to see me through the anguish.

After examining me, the doctor scrawled something on the paper and tossed it over to a couple of young nurses, who started to sweat immediately after reading it. 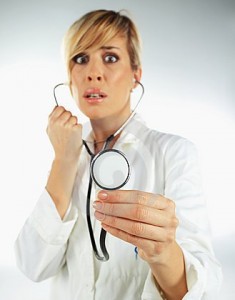 “What?” I couldn’t understand the expression.
“We have to take an injection.”
I rolled up my sleeves and looked away, “I’m ready.” No movement.
“What now?”
“This must be taken at the back. Don’t misunderstand us.” (Misunderstand!!!)
“Hey, why can’t you take it on my arm?” I asked. I didn’t want to turn over and unveil my back like that.

One can’t be sure about one’s bums. They’re a distant territory, far away to maintain with face creams and lotions, definitely not the best side of your personality. Like a magician, bums could wipe out an image in a flash which the poor face has painfully built in years. I tried to resist, but the nurses looked at me with helpless eyes. “Sir, achanane sathyam. It is not our wish, but this medicine can be injected only at that point,” one of them pointed at my rear looking away.  “Manu, make it fast,” said Dev sir and left me with the nurses before retiring to the hall outside the ward with other teachers.

Hmm…I had no other choice, I pulled down my pants a bit and lay on the bed face down, with my eyes screwed tight waiting for the excruciating pain to set off any moment. Five minutes. Ten minutes. Fifteen. Nothing happening. No pain. What the hell’s up! All I could hear were shuffles and muffled talk at my back. I cocked my head. “What’s wrong, sis?” No reply. I arched my head still lying. There they were looking at each other and mumbling something quiet Greek. I listened and was dumbfounded. 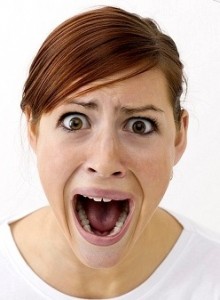 Golly, good heavens! This couldn’t be happening to me! Here I was lying on the bed with an exposed derriere, and two nurses were coyly passing it between them. Hey! This is just for injection, isn’t it? I wanted to scream aloud.

My derriere was shuttling between the white devils in such hurry, as if this was the last stage of the ‘passing the parcel’ game. Haven’t they seen enough bums during their course to get over this shyness? Each time one of the nurses offered my bums to the other, my back involuntarily swung a bit to that side with hope of acceptance but recoiled back in utter humiliation at the cruel rejection which followed.

What could happen next!

I counted the possibilities. Would they shoot it like an arrow from across the room? Or would they blow it hard on my ass through those long blowpipes which those pygmies of Africa use?

Then I saw to my horror that the arm of the nurse who held the syringe was shaking like the exhaust pipe of some lorry idling on the road. Hell, she was pretty schized out, man! What would happen if she comes on me with the syringe with that shaky arm? Sure, it would miss my bums by a mile. If so, many other crucial regions now fall under the penumbra of that missile on the loose, here I too began to shake violently.

All three of us were trembling now in the ward. They out of shyness, and I out of fear and humiliation. 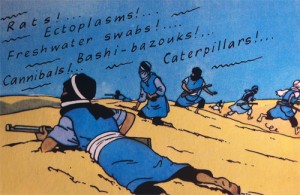 At last  an impatient Dev sir stormed in to the ward.
“What is wrong?” I turned my head and looked at him with helpless eyes. No use covering it, his eyes were already set on my naked back.
“What is the matter, Manu?”
“Sir, they can’t bring themselves to my bums. They’re…shy.”

What followed was a tirade.  “Are you not nurses? Aren’t you ashamed to behave like this? He is a patient and you’re shy to attend him? You have no right to be in this profession. I’ll make this an issue.”

Dev sir had a guilty feeling as it was he who took me down to this hospital. But I was ready to forgive him if he let this incident go. He would not. 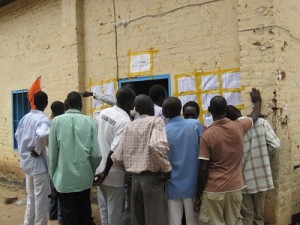 People who gathered outside the dispensary for a peek.

Meanwhile I heard the unedifying voice of many other teachers from the other side of curtain asking aloud what the matter was. Startled, I tried to gather myself up into my knees to pull up my pants. But I fell flat on my face. Dev sir pressed me down to the bed with all force: “Keda Manu(Lie down, Manu.). We are not going anywhere until we find a solution to this.” I writhed under his hands for a while before going numb like that poor snake caught under the forked tong of Vava Suresh.

From the voice I could tell it was Devayani teacher who first stormed in to the ward to support Dev sir. Sharada teacher and Sumathy teacher followed. In a minute the ward was teeming with my colleagues, patients and bystanders. True, they all supported me (A few even supported themselves in the melee by holding and leaning on my back). But who asked for that!

Exactly at the eashanakonu (the most important part) of the room lay the controversial real estate, my exposed back, those apples of discord. Around which they all gathered in a circle as if in oppana, ready to dance up as storm over my poor helpless bums. Some were screaming at the nurses. Those who heard the hullabaloo from the nearby Atttingal busstand let their bus go, fought their way through the crowd gathered outside the hospital, peered down at my back, and joined the ruckus. 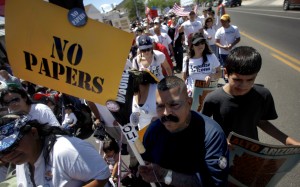 Not even second papers, the protestors rage.

It was then that Dev sir whispered in my ears not to worry as he had already devised a plan to take this issue to the next level. Next level means college, a lightning went down through my spinal cord. There would be protests marches and demonstrations. All that Shakespeare I’d painfully etched on their minds would be replaced by my ass. A whole generation of students would remember me by them.

How mellifluous words like, ‘bums’, ‘ass’ and ‘derriere’ are when compared to the Malayalam word they would soon tag the memories of me with!

Would they call for a strike tomorrow? What would be the slogans be like!

“No,” I said faintly and swooned.

Manu has written 297 stories in Rum, Road & Ravings. You can read all posts by Manu here.
by Manu |
14 Comments |
Featured, Freekick Pure