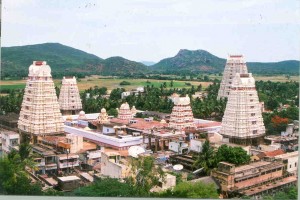 The walls  shook with my guffaws; my sides split, the chair I sat threatened to topple as it couldn’t take any more of my convulsions, here I would die any minute choked with laughter. For all the places in the world a couple could go for honeymoon like, Goa, Shimla, Kashmir, Munnar, Scandinavia, Lakshmi’s husband took her to Rameswaram. Honeymoon, you heard that!

You couldn’t call back things you accidentally reveal, could you? Lakshmi’s face had already turned paper-white. She bit her lips hard later for not correcting Rameswaram to Rawalpindi to save her blushes, but it was too late now.

A few student-heads popped through the curtain to see what had gone wrong: they never heard their sir laughing this riotously in the department. The rest of my colleagues, all women, 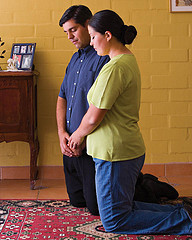 were visibly upset for poor Lakshmi, but they couldn’t chance their arm to help her as I was firing on all cylinders. Perhaps, perhaps….ha ha ha…their husbands had also taken them to similar places – Murudeswar, Beemapally, Velankanny – for honeymoon!! Ayyo!! Ha ha ha… Most men are wimps. They don’t have the courage to take their women to far off places. Maybe they’re momma’s boys! Maybe the presence of temples give them some security. Ha ha ha….Deepika and Athulya, colleagues-unmarried, sat somber in one corner watching my amusement. They looked quite determined; any port in a storm for honeymoon in future, but Rameswaram.

“Can you tell me where you took Divya for your honeymoon?” Swapna asked gathering some courage.

“Shimla,” I replied, and looked around cockily. All their faces fell together. An uneasy silence clogged the department. Maybe none of them saw Shimla in the context of a honeymoon. Maybe no husbands related to this department thought it worth to spend their time, money, efforts to take them to such distance and luxury…ha ha ha…here I go again.

“Ha ha ha ha….”
“Manu chetta…what’s wrong? You’d wake Ammu up! You are quite amused today. Tell me what happened,” my wife finally confronted me at bed that night.
“Ha ha ha…how can I tell you this! You’d laugh yourself to death, dear.”
“Please. Tell me.”
“Well take this. You know where Lakshmi’s husband took her for honeymoon? Ha ha ha…Ra…Haha..Take this…Ra….Ra…(Choking) Rameswar!!! Ha ha ha ha…Of all the places, to a temple. For  honeymoon! Ha ha ha…” I buried my head and peals of laughter into a fluffy pillow which now acted as my silencer. Divya went silent. 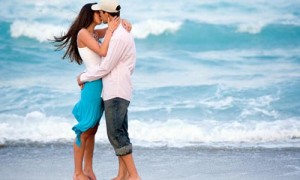 “Manu chetta…”
“Ha ha ha…eh?”
“Where did you take me to?”
“Hi hi…You forgot all that! Well, it happened 17 years ago. Shimla! Don’t ever forget that. We went to Shimla. We spent almost a month there. The freezing cold, the hot cup of coffee, the European style buildings… how can you forget all that dear!”
“Manu chetta. Don’t feel bad. But you took me to Chandigarh one year after our marriage. You got a refresher course there and you wanted to go alone as you told me that the university had sponsored only you. I tagged along as I had managed something from my home. Is that your idea of honeymoon?
“Is it not Shimla! You said Chandigarh.” I tried to correct her.
“Yes, the refresher course was at Chandigarh. The rest of the teachers decided to make a one-day trip to Shimla. You tried to skip even that telling them that you had backache. But I knew your backaches; I persisted.  You threw a salsa when I showed you the money I saved for that trip. So we made it. Up to Shimla, you vomited. We spent two hours there, drinking that coffee you mentioned. Down to Chandigarh, I vomited throughout the trip. That was how Shimla came and went. Was that honeymoon!”
“No! Er, I mean…so you tell me, I didn’t take you for honeymoon!” My voice was hurt; a vacuum filled my heart.
“Of course you took me, Manu chetta.” Phew! At last a ray of sunshine when it seemed all was lost. I was relieved. I forced a smile, but.
“To be precise, it was your parents who took us.”
“My parents! They came with us! No! Honeymoon trip with the entire family! Where did we go!!!” 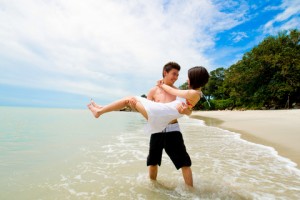 “Mookambika.”
“Mook…” Suddenly a peal of temple bells broke out from somewhere. Honeymoon to a temple!
“Mookambika temple, Manu chetta. In Kollur. And you remember how we spent that night?”
Don’t tell me, I can guess, I replied to her bashfully in my mind.
“We spent the night in a big family room, Manu chetta. Your father, mother, you and I.”
“WHaaattt!!!! In a room. Four of us!!! You’re kidding! No way!” I literally jumped out of my bed and protested, waving my hands frantically. This smacked of a CIA plot.
“Yes, Manu chetta. We had some great coffee next morning, you remember that?”
“Yes. The coffee that came in a steel tumbler. With coffee powder floating at the top. Lot of froth! The letters ‘A.R” etched into the steel glass,” memories tumbled out in a monotonous tone.  “After one sip  I asked you whether you would treat me with such coffee for the rest of my life. You nodded and asked shyly whether I would pour you a little more coffee from my glass…”
“Yeah, and hearing that your mother poured me the rest of the stuff from her glass,” she completed the stream of consciousness. My heart fell. “So you memorized the entire trash from our journey, eh?”
“But…I should’ve protested.”
“Yes. Gallantly so. Next morning you raised quite a storm. It was a revolt indeed. “ 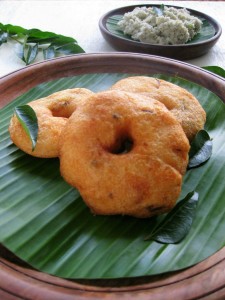 “What did I do?”
“You refused to eat uzhunnu vada with your  breakfast.”
“Uzhunnu vada!”
“Yeah. First your parents didn’t notice. Then you declared that it was not because of indigestion that you had refused to have uzhunnu vada. They asked you why then.”
“And what did I tell them?”
“You told them you were not happy with the crammed room. You told your parents very sternly that it was too small for four of us, you remember?”
“Vaguely. That was how we moved into another room that night, right?”
“We moved! Only you moved. Your father took you to the second room.””
“My father! No…!!!!”
“Yes, Manu chetta. You were only 23 then. And you are their only son. They were afraid that you’d be kidnapped if left alone.”
“Kidnapped! Bullshit! I was an ADULT!!!”
“That was our secret. To them, you were a child.”
“And what were you! My nanny!”  I barked.
She didn’t answer. Silence filled the room again. I lay on my bed. I tried to sigh, but no sigh; even sighs desert the one who is too defeated. All the macho image I’d mustered around me fizzled out in a single night. Rameswaram was better.
“I think it is too late. I think I’m tired. Let’s go to sleep.”
“Yeah, let’s go to sleep.” 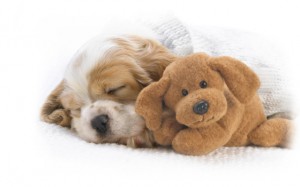 “Mookambika, right?” I asked her at some point of that night in my sleep; my subconscious wanted to dismiss the whole incident as nightmare.
“Mookambika,” her subconscious replied to my subconscious. “With your father, mother, you and I. Single room. Coffee. Revolt in the morning. No uzhunnu vada. Another room. You went.”

I didn’t disturb her again. Wives with photographic memories are sleeping dogs. Let them lie.