You are here: Home » Featured » Freekick Classic: Who’s Afraid of the Kerala Police?

First published in Yentha.com in 2010. 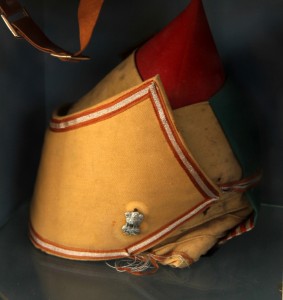 “Who do you think you are, officer? How dare you ask me to stop my vehicle? Where is your identity card?” The policeman took a step forward to explain. “No, no, no, stop there! Don’t come near… I can read it from here. I am not the kind of guy whom you can trifle with, officer,” the police constable was stunned seeing my friend blast off at Vellayambalam junction last week. The only ‘crime’ he did was to signal us to stop the car.

“But sir, I only need a lift. My child is not well. If you are going that way, I thought…”

“Child? What child, Officer! You have no right to arrest a person for not having the left indicator of his car working. You can’t. You can’t take me for not renewing my insurance either. I will get it done today itself, you know? You know, I have contacts at the top. Big shots. You know, you know that, officer?”

“I am sorry Sir, I will get another car,” the policeman left shaking his head in utter disbelief. The crowd thinned out without getting a chance to complicate the matter any further.

My friend was fretting and fuming and er…trembling.

It is not that he hates men in uniform. But there is this ‘primordial fear’ of the policemen in some people. He could be one of those victims fed in his childhood with “police-maman-would-come-if-you-don’t-eat” stories. He took those threats for real, you can tell that from the big round tummy he has got. He had eaten voraciously.

As a college student, he was a peace-loving lot. But that doesn’t mean he was not a nuisance in another sense – nuisance to the policemen of East Police station, Kollam! Those days, whenever there was a skirmish in the campus, the police used to rush to the spot to settle the affairs.

And there my friend was with his ‘primordial fear’. 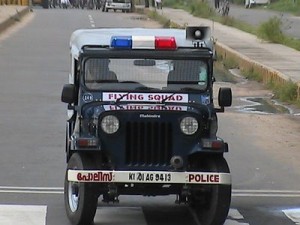 The moment he saw the police jeep enter the campus, he would lose control of his legs. With deafening screams he would run amuk as a pilot car to the police jeeps. He wanted to stop many times, but found to his shock that he always lost all control over the lower half of his body on such occasions.

What would do you do if you were the police watching such a spectacle?

They went after him every time leaving the real culprits hack off the rest of the limbs of their political opponents in peace in some other quiet corners of the campus.

“Enthinada odiyathu?” Finally the tires of the jeeps would catch up with my friend. He did not know the answer.

He didn’t know what expressions he had to display when an inspector looked at his face and posed that million dollar question: “Enthinada odiyathu?” He would try everything that his facial muscles rati0ned. At the end, like Pachalam Bhasi (Jagathy in ‘Udayananu Tharam’), he would invent his own, making the policemen even more suspicious.

He grew up along with this fear of the khaki until we met at Trivandrum Press Club as journalism students.  Soon six of us classmates – including my friend Nikesh, (now a news celebrity. You can check the story with him) moved into a house in the city for ‘combined- study’. 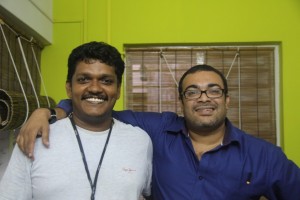 One night after our preparation for the next day’s exam we went out in three bikes to a fast food corner near the Over Bridge. It was already 1 O’clock. The food was nice, we felt happy. When we were about to return two flying squad vehicles screeched to a halt near us and a dozen policemen leaped out with long canes. Not lathi but canes. And that meant business.

Evading their stares we walked slowly towards our bikes. Certain questions are not asked to be answered, especially if they are posed by policemen in anger. Don’t explain. Just do what is expected by the policemen. That much we knew with our long affairs with the police as citizens.

For ego’s sake we would translate all this pachatheris in our mind as – “Mone, this is too late in the night. It is better that you stay with your parents at your home. Veettil snehamayiyaya Amma kathirikkukayalle? It is for your safety police uncles tell you this. So makkale, go and sleep. Ummmaaa…”

As it is too embarrassing for our policemen to reveal their love for us, they invent their own language. 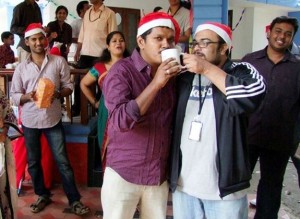 Well, coming back to that incident, as we were about to start the bikes we heard the sinewy voice of my friend. “Officer. We are students of press club. We have come here after our preparation for tomorrow’s exam. As students of journalism, you know that tomorrow we are going to be… Ammachiye…”.

That is sick, we thought, definitely sick. Studying journalism to become AMMACHI! What’s that!!! The ambition jutted out of the context. Sir never told us this. But then we noticed that the last word was definitely high pitched. And was preceded and followed by a whizzing noise of cane flying through air.

The first couple of noise we heard was cane falling on clothes. Then the last couple came; it was shredded cane on shredded skin. My friend obstinately sounded the ambition again and again, until I think, the policemen got tired.

Such friends we were, we had already reached Statue, 2 kilometers away from  by the point of impact by that time.

Three bikes came, now only two bikes riding parallel along the main road back home. No one was talking. Soon the third also joined in between us. Ten minutes later, I stole a look at my friend riding. He was not even blinking. Just tears getting fought back.

With that, my friend snapped all relationship with the policemen.

“Sabin, I don’t know why you always postpone this meeting with the police chief. You must talk to the man as the Chief Editor of Yentha.com,” I looked at Pradeep, our CEO. I 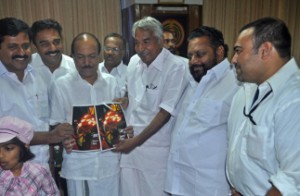 nodded. Yes, as the editor he must go and meet the DGP. But what do you know, Pradeep! Poor Sabin. He is still the same boy who would eat a restaurant inside out if he can avoid meeting a police uncle, that way.

By that time Sabin had grown considerably in girth as well as a journalist.

He had interviewed heavyweights like Michael Jordan the Olympic gold medal winner. He had travelled far and wide, visited many countries, talked to many dignitaries, edited many magazines, advised armed forces of other countries how to behave, corrected the governments of other countries through his powerful writings, touched many a heart with his stories, shook many an unshakeable seat with the might of his pen.

He had conquered the world, but the police constable of Kerala…alas!

Everything he had achieved all through his forty years would shrink into a shiver and a fumbling, the moment Sabin sees one at a junction. “Sabin,” I put my hands on his shoulders, “Come on, there is no getting around it. I will come with you. We can go and meet the Director tomorrow”

“But Manu, I lost my ID card. How can I go without the Press card!”, I knew he was bringing up lame excuses.

“Man, cool down… I will call your daughter up and ask her to find it. It could be somewhere in your home. So no excuses, we’ll meet tomorrow at the Police headquarters.”  That night I called Keziya, Sabin’s 7-year-old daughter and asked her to find her father’s id card. “Yes uncle, good night…” 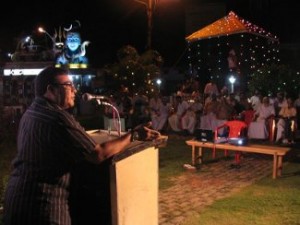 Next morning he came to pick me up on his way to the headquarters. He was wearing a suit and a tie, and of course the ID card. Thank god he was not wearing any medals. We went straight to the HQ. Sabin valiantly introduced us to the guard in uniform by showing his identity card. When the guard asked us to wait, we noticed him trying to stifle his laughter. He gestured toward the seats, “Please sit”.

The police headquarters, the lion’s den!

I could feel my friend struggling with his emotions. He started blabbering: “Manu, you know Trivandrum is a great place. I like Vellayappam and mutta curry a lot. You know what I like most in life, spending a day in the rain. But I had unniyappam yesterday, wonderful film. I went to Scotland once. Yes he used to drink a lot, but Islamabad was the capital then.”

“Sabin, calm down,” I said holding his hands. He calmed down and focused on a single topic – the different varieties of Vellayappams and mutta curries he had in his life.

As we were ushered in, we noticed the mocking smiles of policemen all along the way. What is wrong, I wondered? Finally we sat opposite the police chief. “Is that earthquake?” The chief asked. Sabin took his elbow from the table. The earthquake stopped. After a brief chat with the chief, I raised the topic. “Sir, we are a little pissed off with the behavior of the policemen here. We think they were laughing at us all along the way.” 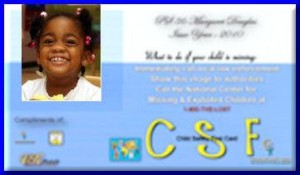 The police chief raised his eyes, looked at Sabin, leaned back and smiled, “How can I blame them, when they see a grown up man like your friend wearing such an identity card?” I followed the direction of his gaze and saw the ID card Sabin was wearing.

(PS: Actual name Sabin Iqbal is shortened to Sabin for the sake of anonymity.)

10 Responses to Freekick Classic: Who’s Afraid of the Kerala Police?