You are here: Home » Featured » Freekick Classic: Sitting on an Enemy

Freekick Classic: Sitting on an Enemy

The writer shares with you how the only 15 minutes of fame he had in his life ended in a lifetime of shame. 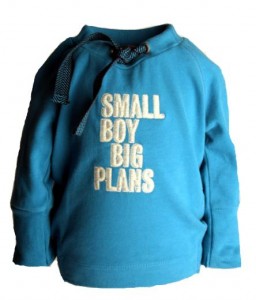 “Can you see anything?” the eight-year-old boy asked. He was precariously hanging down like a pendulum from the sunshade of a single-storied building in his neighbourhood. Up there on the sunshade, there was his friend Raju, who had successfully climbed up.

Raju replied, “No, nothing… there is only darkness inside. Manu, do you think you can climb up?”

No way. The game was up. My feet had already come off from the boundary wall on which I was standing a few secondsback. With my slender hands tightened around the parapet wall, I soon found it too arduous a task to pull the rest of my body up. I continued to swing.

When it was too much, my fingers gave up. I fell with a big sound.

Soon all the neighbourhood gathered around me. “What were you doing up on the sunshade?” Without a solid answer to give I swooned.

As they were busy carrying me to the hospital, I saw my friend close by. I asked in a whispering tone, “Have you seen anything?” “No, only darkness,” he whispered back. I left the rest of my consciousness with relief.

We, eight-year-old boys, tried to climb on to the sunshade of our neighbourhood with only one thing in mind. We wanted to see our friend, Meenu, a six-year-old girl, bathing. At that age, you cannot blame us with evil intentions. We only wanted to tease her after that.

But destiny had another plan.

You know, boys wore trousers with buttons those days. No zippers, but buttons. And during vacations, it was tough for them – who raced, climbed, jumped, and rolled throughout the day – to keep a tab on all the buttons of their trousers. Even with a couple of them lost, we could wear it like kaili, with the end-strap tied and tucked in close to our belly. While we ran amuck, the knot, sometimes got loosened a bit, but we continued to sprint with one hand now holding the trousers. Not to let it fall off. 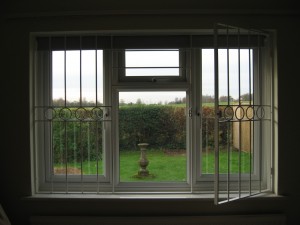 the gaps in the grill. That was some fun especially when I had ‘cheer girls’ from my neighbourhood watching me.

But soon I asked for more than I could chew.

One day I was playing in my neighbourhood. My mother came with the keys of my house and told me she was on her way to her office. “No Amma, you know I don’t want the keys, eh?” I threw a sneaky glance at Meenu to catch her admiring look. My Amma went off in a hurry.

“Manu, my classmates are coming today. They are eager to meet you. Can you get that book I gave you last week?” Meenu asked me. Wait, Meenu, wait, I could hardly contain my glee. I rushed towards my home to get the book. Meenu’s friends coming! All girls! First impressions last, I thought.

I went head-first into my room through the grill. My neck slipped in through like halwa. My shoulders moved like steam cake through a puttukutti. And then! My abdomen was suddenly stuck like the base of a pot. I smiled. I turned my body dexterously to another position and pushed. Checkmate! I smiled again. I tried to pull myself out.

S.T.U.C.K! Trapped like a rat in its own hole, my smile vanished.

I tried to pull my torso out with all energy. No way. I cursed my Amma for force-feeding me with an extra iddaly that morning.

Suddenly I heard the most unedifying voice coming from my back. “Manu, these are my friends. Raji, Sumi, Parvathy, Lekshmi and Mohini. Haven’t I told you about him? Well, this is the boy, my friend Manu,” I heard the pleasant shuffle of girls at my back. “Hi,” I said with my rear pointed at them. I wanted to smile, but how can I, with my face away from them? 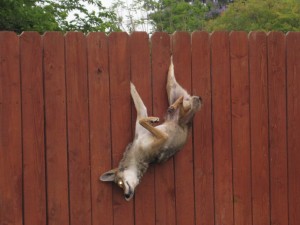 “Manu, please be quick. Get the book.” Meenu said audibly hurt by my indecent way of greeting her friends. I could only see the room. “Meenu, you take your friends to your house, I will soon reach there with it,” I said in a weak voice.

But they announced they were staying.

All of a sudden I felt a creepy feeling at the hip. Damn it! The knot of my trousers was loosening. At the last second before it slipped down, I got hold of the piece of cloth. Now. More trouble.

With my hands engaged on the trousers, I lost the only appendages which could help me extricate myself from this mess. I began to sweat profusely. “Anything wrong Manu, why are you staying there?” Meenu cooed innocently. All the girls giggled. I hated girls and girlhood instantly. “Meenu, can you call Raju? I think I saw a snake inside,” I said hoping Raju would find some way to send the girls back to their parents.

The devil, she was! Instead of calling Raju, Meenu screamed on top of her voice. “Manoone pambu kadiche…” I was shell- shocked, I didn’t say that. I wanted to smother that little Dakini to death, had it not been for the grill which locked me. There was pandemonium behind me as the rest of the girls joined the chorus, screaming for help.

All roads in the town began to flow towards my house. Where is the snake? They all asked one another. I called Raju aside and told him I was just stuck. The alarm gave away to collective laughter at my back. Soon one brought an axe. Another brought a gas cutter. Meanwhile a fire engine also came. An officer examined my body closely and announced that I could easily pull myself out, if I use my hand. 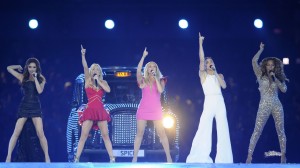 Girls cheering me on to do it harder.

Soon everyone – the servant girls in the locality, ladies from neighbourhood balconies, fisherwomen, college girls, school girls, working women, housewives, milkmaids—began imploring me from my back to use my hands to struggle out. “Manu… come on… you can…” they all encouraged me in inspiring chorus, sung from my back. Go away, don’t push me. I won’t dance to your numbers this time.

I once again called Raju aside and asked him whether Meenu and her friends had gone. “No man, they are just behind you. You have already become a hero to them,” he smiled jealously. I too smiled jealously looking down at his tightly knotted trouser.

There was not other way, I knew. I went numb pretty soon and do not know when I when numb and took my hands off my trousers. I might’ve hoped in vain that my thighs would rise up to the occasion and deftly resist the trousers’ downfall. But poor thighs! They saw only something whiz past them in lightning speed down to the ankles.

As they were moving me to a hospital with bruises, I asked Raju in whisper, “Meenu and her friends. Have they seen anything?” “Oh nothing serious Manu… just your bare back,” he whispered with a glee. I lost my consciousness. This time seriously. 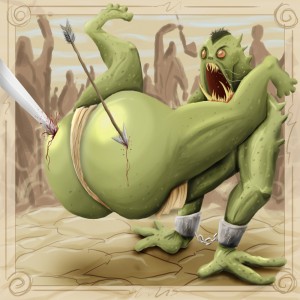 What I had kept as private assets for the last nine years had gone into public domain now. Everyone had seen it. It was as if you suddenly lost your patent over your own rear. Anybody could pass comments, criticize, compliment, complain, get cynical, laugh at, discuss, debate over, ponder on, sleep over, think about, get pissed at, show faces against my derriere…my derriere. It had become somewhat like those banks suddenly nationalized by Indira Gandhi.

Could they also criticize my way of maintaining it?

It could be a derriere’s tryst with destiny, its one moment of fame. I disowned my enemy for a long time after the accident, though I had to carry him around and also had to sit on him unwillingly.

For Meenu and her friends it was a peek into the biology textbook even before they got into the 10th standard. Damn it! I was the only one in my town who couldn’t read it that day. I was far away in my home.  I mean, my head, shoulders, chest, arms, and half my abdomen.

I hate the rest.

7 Responses to Freekick Classic: Sitting on an Enemy