This is about the writer’s brief brush with goondas, as he was at his friend’s home to help him get through one of his most difficult tests in life. Goondas are double-edged sword he learns it the hard way. Still they can bring out the best in him. 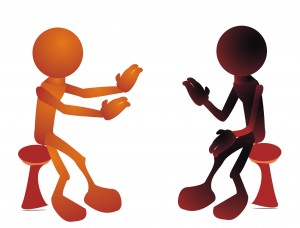 Three years of courtship, the girl’s parents were still not willing to sign the agreement. No marriage, they said. Aji consulted his friends for a solution and discussions began on a regular basis.

Plan A, Plan B…it went on, until Aji learnt that discussions were taking more out of his purse than an actual married life ever would. On our part, we were very particular that, the pros and cons of only one plan were discussed in a single sitting.

Another plan means spoiling a chance of beer on another day.

“Next Monday, we are going to marry. That is decided,” he announced the demise of the duck which laid golden eggs. “But…”

The battlelines were drawn. I was the henchman at Aji’s side, and you can imagine, how strong our side was. With his connections in the underworld, we knew the girl’s father could unleash terror during the ceremony. “Don’t worry chetta, I’ll get the team ready in a day,” announced Aji’s cousin who was studying for thugmanship in the University college.

“Team?” I asked. “Yes Manuchetta, team—goondas,” he replied. I gulped.

The day before the marriage. We watched from the balcony with horror in our eyes as the eight of them came in an Ambassador car. A rarity then, goondas were a sight to 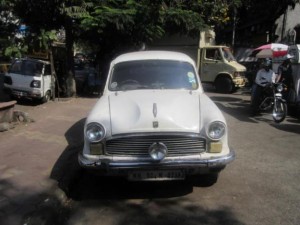 behold. Tall, muscular, strong built; they looked like the cinematic ones I always feared. The leader was a bit short and stocky. I knew what they were carrying in their satchels hung on their back. Tools, they would humbly say if confronted. What an understatement!

As soon as they tumbled out of the car, they stretched out and began inspecting the surroundings. Aji hastily introduced his father when the goonda leader was about to challenge the poor man, “Enthada cherayunne?(Why staring man?)”

Aji turned to me.

“You must alert them, if something happens”. I gulped again. That much for the beer I chugged during the discussions. This is revenge.

“So you are the one, who will bring the girl to the temple tomorrow, right?” I was lost in thoughts sitting in the balcony when I heard the rumble. I swiveled around and saw an enormous hunk of a man, staring down at me with blood shot eyes.

“That was what they told me to do,” I stood up, stammering, answering. “Hmm… you follow me,” he said and went right into the den where all the goondas were staying. “Ajiii…” I screamed aloud. Only some gas escaped my mouth. He was not anywhere near. The man-with-blood-shot-eyes popped his head out of the room and motioned me again. 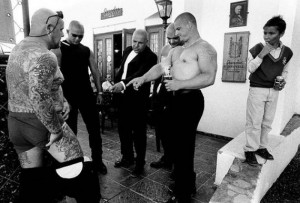 I would soon become snacks. I stumbled into the room struggling to suppress my tears. There were rough outlines of massive fat in different corners of the dark room. “Iri aniya…” (Sit bro) I found an empty stool right at the middle. Like the manavatti in an oppana, I sat on it surrounded by terror in human shapes.

“So you are the best friend of Aji,” a man with a big moustache asked.

“Anganeyonnumilla…”(not much so) I replied. I was ready to forsake my friendship at that point. Peter did that to Christ, centuries back in a situation like this. “Hmm…tell me what your plans are?” he asked.

Like a school boy repeating whatever his mother had drilled into his mind, I played my cassette, “I am a teacher. I have plans to apply for leave after two years in order to go to gulf, and after that…”

“Bullshit!” the komban meeshakkaran shouted. “Not that. I want to know how we are going to kidnap the girl.” I swallowed another lump. I stammered through my plan.

“Hmm…so far good. You have to keep us posted every moment, understand?” I nodded.

My friend got married next morning without much fuss according to our plan. No underworld challenged us. Our goondas were visibly upset at the lack of any

drama. “Why are they not coming?” they asked me. “Who?” “The opposite team.” I told them that her parents did not know about the marriage. “Can we go and tell them about it then?” “For what?” I gathered some courage and asked. “So that he can bring his goondas,” the leader told me.

“Is he one of them? He doesn’t look clean to me. Shall we deal him now?” I looked at the man, the goonda leader was pointing. “Ayyo…that is the poojari…please be patient, I will let you know if anything goes wrong.”

Dejectedly they attended the marriage, had sadya and came back home like any other guests, something they had never gone through. “A boring marriage,” I heard one of them mutter.

In the afternoon, we began our preparations for the stag party. The stuff that Aji bought for ‘the team’ was the cheapest, I ever saw. “Eda, eighty rupees for a full bottle! It could kill them…chathu pokumeda,” the SPCG (Society for Prevention of Cruelty against Goondas) in me woke up.

“If you are too concerned, you can buy them good drinks by throwing in some money (The devil had in his mind all the beer we knocked back during his ‘wedding discussions’. This is revenge). Don’t be a fool, we have eight big mouths to feed.”
“But what for us?” I asked.
He smiled, “We have scotch, Irish”.
I grinned broadly. That did me in.

Two bars opened in the evening at Aji’s home—the goonda bar and the executive one.