You are here: Home » Featured » Freekick: Ass for Nothing

Freekick: Ass for Nothing

The pain began near the business end of my alimentary canal three days ago. And pretty soon I found a little lump there. What could that be! I gulped in the toilet. 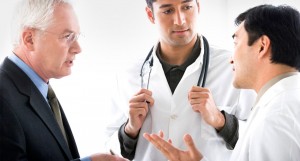 Thank god I have one doctor cousin, one doctor neighbor and many doctor friends to clear my doubts at the initial stage of any problem. But no probing, I decided.  I won’t let them get anywhere near a naked Manu. That part ruled out.

“It’s a small lump,” I said. I wanted them to close their eyes when I say that, imagine the lump, open their eyes and write my prescription.

“This is nothing” “This is serious” Two of them said at the same time. They looked at each other. “Yeah, she could be right,” again they said together. “What the hell! Tell me what could be worse.” “From your description we think it is a case of acute thrombosis. You have to see a surgeon. Actually, without seeing the lump, we can’t say anything.” “Then don’t say anything,” I snapped back.

Acute thrombosis at the derriere! What is that! Surgeon! What for! Hell, this is the worst. I am going to die, I panicked at the thought of surgery. My God, I’ll come right away, but not by some disease at the wrong end of my body, give me a choice, give me a tipper lorry instead! I thought about my poor relatives, relatives who couldn’t get their tongues properly around even easier words – like Khadolkaja, that character in Mahabharatha- than this. They would make a mess out of ‘Thrombosis’ at my death. 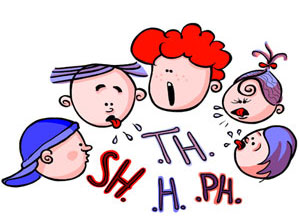 They would stop crying in the middle of my funeral and try doggedly like school children to get the pronunciation right before continuing. I could see my uncle who is highly educated, but doesn’t know a bit of medicine telling people smugly: “Well, my nephew died of thrombosis,” as if thrombosis is Benz or Q7 that his nephew had bought. Then they would probably ask him, “thrombosis at where?” There even the uncle would break down in sobs, as he didn’t want to stand up proudly for my dead ass. What would my students who gather at my home whisper to one another behind my back! Good writer, friendly teacher, but ass. Ass what! Ass disease. Forgive them, little kids they’re, they don’t have time to learn a medical term like thrombosis amidst their exams. The little devils would give a bad name for me in thousands of homes across Kerala.

“NO!!!” I broke into a cold sweat and sat bolt upright on my bed.

My wife consoled me, pushed me gently back to my bed. “Let us go and meet a doctor in KIMS tomorrow, Manu chetta. Don’t worry.” I lay there for almost an hour looking at the whirring fan on the ceiling. “Manu chetta, actually, er…what is the name of your problem? Acute…?” See, even she is rehearsing, in case of an emergency.

My wife took me to KIMS hospital for checkup, yesterday.

One thing, I must warn you, I told my wife, if it is a lady doctor, forget consulting her. We will go back, I’ll suffer this pain. Luckily, we found the man, my surgeon, ‘Vijayan’ whose name itself assured that he is an old hat; he could’ve seen enough derrieres in his life to get too excited in seeing one more. 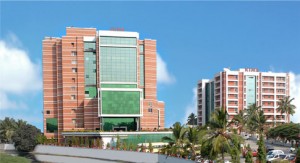 We took the OP ticket and were picking our way through the crowd to the Surgeon’s lobby. “Manu…!”  I veered around. My God! Prameela! My pre-degree classmate, one of the most beautiful girls in the campus that time. We were meeting after 25 years!

“Sebaceous cyst! You got that again!” My wife wondered! I rolled my eyes and turned that knob off (I got the one and only  sebaceous cyst removed three months ago).

“Dr. Vijayan is a good doctor, Manu. I am so happy to meet you after so many years. Come, I will introduce you to Vijayan sir,” Prameela said. I turned to run, but Divya held my hand firmly. I managed a smile and replied: “No need, actually he has gone for a meeting. You could be busy. Will call you later,” I said. “Ok, Manu. I will call and ask Vijayan sir about you. Bye…”

“Bye…” I replied. Once again I wanted to go home. I’ll suffer this pain, I told my wife. It took a herculean effort from the part of Divya to douse my fears. Finally I was in the doctor’s chamber.

“So you’re Manu. (Damn! Prameela could have told him about me) What’s wrong?”
“I got a sebaceous cyst below my neck.” 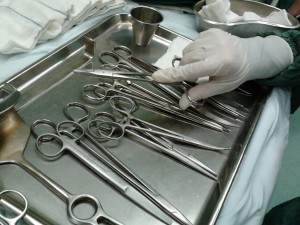 “Let me see. Well, it is no more there. You have already taken it out, right?
“Yes.”
“Then why have you come to see me?  To waste my time showing me the mark of a healed wound?”

There were a couple of young ladies in the room sitting near the surgeon with steths draped across their shoulders. I leaned forward and whispered to Dr. Vijayan, as if I was revealing that there was a bomb under his seat. “I got a lump at my derriere.” While I said that, I was jabbing my index finger repeatedly at my chest to mislead the lady doctors looking at me intently. “How big?” he whispered back. “Small big,” I answered in whisper. “Well, it could be a case of acute thrombosis at his ass,” he leaned back and bellowed his thought to his assistants. The devil cheated me. I lowered my head in shame.

“Go there,” he pointed towards a cubicle, “remove your dress, and get on to the bed.”

I said goodbye to my wife, went inside, drew in the curtains of the cubicle to keep the prying eyes of those pesky lady doctors away, undressed, got on to the bed and lay there waiting for Dr. Vijayan to arrive.

“Bend your knees.” Damn, it is a woman’s voice in the cubicle! I turned my head, not only voice, the owner herself was there. Soon, I found all the women inside the cubicle except Dr. Vijayan. He was on the phone! I wanted to run again, but no, you can’t get far with Killer jeans at your feet. I lay there with my eyes closed, petrified, imagining 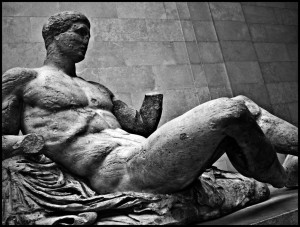 myself first as a modern art piece in a museum, then as a baby just born, finally as a dead body my family had contributed generously to the medical college.  I thought how Prameela, my classmates and I used to flag the parts of a frog on the dissection table during pre-degree and waited for the examiner to come and verify. They did exactly the same with the body on the bed and waited for Dr. Vijayan.

After 10 minutes, he came, checked things and declared: “Oh, it is nothing. No thrombosis. I think, you sit a lot at your study, hence the inflammation. This will go in a day.”

The phone rang, I heard the doctor pick up the call: “Hello Prameela! It was not sebaceous cyst as you said…”

All this humiliation for nothing!

20 Responses to Freekick: Ass for Nothing