You are here: Home » Featured » Freekick: Pickled in a Bar

Freekick: Pickled in a Bar

A couple of hands shot up. 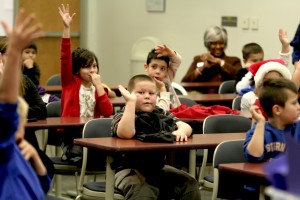 Their faces were set, veins stiff, eyes burning with a brave glow.
“Boys! Are you sure you want to take this challenge?”
“Yes, sir.” They yelled –  with their chests thrust out, their muscles almost bursting to their seams – like those candidates gathered for military recruitment. The whole office building  shook.

We had almost reached the end of the editorial meeting convened by Sabin Iqbal, editor of yentha.com when this idea sprang up in my mind.

“Hey, wait. I think I just struck a goldmine!”

Silence. Their ears were all perked up to grab the new idea from their consultant editor.

“Why don’t we do a story on the early birds in a bar? I mean those who drop in to the bars to wet their whistles right from morning. Only veteran drinkers could do that. I haven’t read a single piece about them in any magazines. Won’t that be a wonderful story in our website?

I had to shake every hand available in the meeting for that great idea I suggested.

“So, who will do this story? Sabin asked.

“Fine, my boys! Move forward,” Sabin asked the young reporters who boldly raised their hands.  “Let them all see you. I know you are looking forward for a break in the media. Now, switch off your mobile phones. We have to maintain secrecy. We are on a dangerous mission”, he said. 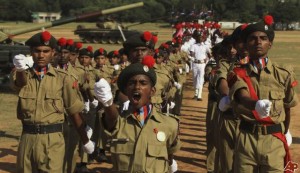 an expert in all things bar, the editor soon gave me a blank cheque with the briefing.

“Listen. A big share of barmen in the city, hack human limbs, heads and torsos when they don’t have any serious things to serve at the table. They are goondas. So the moment you let your identity slip, forget you’re alive. You’re snacks. They’ll never let a media person leave their premises with a morsel of a story. That means when you pop up early morning in a bar, you must take the cheapest drink to mix yourself with the drinkers. That’ll fool their eyes. Drink. Company expense. Ready?”

“Yes sir.” The boys shouted again. The building shook again. We felt proud as their seniors.

We chose Chola bar in Thampanoor for the mission. Two reasons, one for its popularity, two for the way my editor and I were cruelly denied of a second serving of the complimentary pickle, previous week. “You had enough, now buzz off” those cruel words almost punctured our eardrum and ego.

“But we don’t know where Chola is, sir?”
“What! You don’t know Chola!”
“No, sir.” They yelled.
I shook my head and looked at Sabin. He shook the editor’s head in return. Uneasy silence.

“OK, be ready at 7am. I will take you there and show you the building. But only from a distance. I will be sitting inside my car all the time. I can’t afford to loiter outside a bar at that odd hour when there is a huge chance of my relatives and students spotting me. You don’t have anything to lose as you don’t belong to Trivandrum. But I, you know. Relatives, students…”

“Sir, trust us. We will close the deal once you show us the bar. You can even leave us there and go. Don’t be afraid, sir. No one will see you. We will report to the office with a wonderful story day after tomorrow.”

Everyone was excited when the meeting ended. This could be yentha’s week. This one story is going to take the website to dizzy heights. What brave boys we have got! For Sabin and I, that was enough a reason to clink glasses in the evening.

7am. Next day. We were all set waiting in my car opposite the bar. 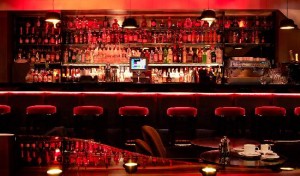 Only a few people were on the road, they seemed like characters culled out from an elaborate tableau, with the same script in their mind. They might be scattered by the google map, but I could see how they were united by a single hope.

One was buying pan from a shack. Another was asking direction to a beggar. Yet another was waiting for bus in his imaginary bus stop.

And here came the pleasant symphony of the shutter of Chola bar going up.

The pan shack, the beggar, the imaginary bus stop didn’t know how they could have offended their friends. All they saw next moment was that they were suddenly alone, mercilessly left orphaned on the road.

“Now, go!” I shouted and raised my little finger (that was the secret signal inside the car for the SWAT team to swoop down on the target).
Nothing happened. Nobody went.
I turned my head, directed their eyes to my little finger and muttered. “The signal! Go! Don’t waste any time, boys!”
They were looking at me through bulged eyes.
“What!”
“Sir, should we go separate? Or together?”
“One after the other. You go first. After three seconds you go,” I saw a beefy guard now taking position at the entrance of the bar. 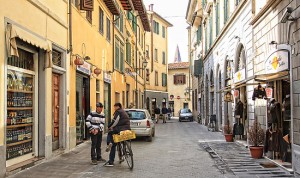 “Now, go!” I raised my little finger again.
Nobody went. Nothing happened.
“Now what!” I turned around again from the steering, my finger still up, waving before them.
“Sir, you didn’t tell us which door. There are two of them.”
“&*%,” I cursed. “The second one opens to a toilet. Is that your story? The first one. You can see a guard there. Go now!”
Nothing happened. Nobody went.
“What now!” This time my voice broke with emotion. I was pleading, my little finger shaking with feelings and stress. “This is our golden chance. What is your problem, boys?”
“Sir, if the guard asks us where we are going, what should we tell him?”
My mouth slacked open. The little finger curled into a ball in utter shame. I replied calmly.
“Tell him you are going to your school,” now I lost my cool and shouted: “You fool, why should you go to a bar? Not for praying, right?”
“Right, sir.”
“Now go!”
Silence from the back seat. This time I did not turn back. No little finger up.
“What. Are you afraid?”
“Yes sir.”
Sweat rolled down from my forehead. I checked around. There were only a few people on the road. If I don’t take a wee bit of risk here, my great idea will end up in dust bin. I will be a laughing stock, just like what I am at the college.

“Ok, I am going to take a huge risk for you. I’ll lead. Follow me. Once I drop you inside I’ll take a quick peg, say good bye to you on the pretext of catching a train. You drink, get an idea of early morning bar ambiance, talk to drinkers and bearers casually and build your story, right?”
“YES, sir. We would be grateful if you can do that for us. Don’t worry about us. We will do the rest. You can even go home, leaving us there.”
“Fine, here we go. Follow me.”

I slammed the door behind me, hurried across the road in a quick sweep, hiding inside a kerchief as if to screen my already-dark face from the sunlight which was now getting more tanning. The guard greeted us at the door. Once we emerged into the dark hall inside I moved towards the counter, signalling them to follow. Footsteps followed me. 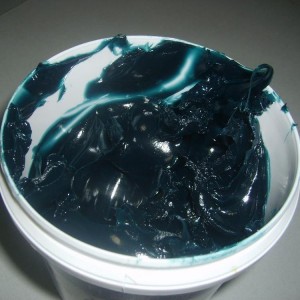 “Three pegs of Salsa.” I placed the order to the well-built man at the counter, his muscles glistened in the faint light. Do I know him? No, no, I tried to quieten my nerves. I could hear our hearts thumping against our ribs. “Afraid?” I asked in whisper. My boys were too freaked out that they didn’t reply. “Cool down, guys.”

Salsa! I whispered to my boys that I had only heard about this cheap drink popular among the locals. “Manu. Paramer (poison) would taste better,” the words of my friend was ringing in my ears, as the barman poured water into the thick black grease. “But you can drink it, if you try,” I told them under my breath.

One would be enough, I decided, though I didn’t know how I could take even a sip of the dark engine oil sitting in front of me. I hadn’t had any food. To be precise, I hadn’t even brushed my teeth. What happens if I vomit with the first sip, and that, that would expose me. Then how can I complete one complete peg! It is certain death. I felt nervous, my fingers drummed on the counter.

I signaled my boys to come forward to take their glasses. My little finger went up.
“What?” The barman asked (Do I know him? No, you are just afraid, Manu).
“What?”
“You signaled me to come.”
“Oh, that. I was asking my friends to come.”
“Which friends?”
“Boys, come forward. Take your pegs.”

Nothing happened. No boys came forward to claim the pegs I ordered. I swung around. One thousand hornets rumbled into life deep in my stomach.

There was nobody there at my back. Boys! All that shouting and hollaring: “YES, sir!”

They could still be pondering inside my car with doubts not yet cleared. 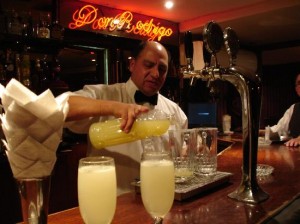 “Do you want pickle, sir?” The barman asked all the while wondering what had brought his young neighbour, Remakanthan sir’s son to his bar at this time of the day.  “Poor man!” I heard someone pitying in the dark.  Only a hard drunkard could take three pegs of salsa in a row, and as the only young man at the early morning party, I was the perfect snacks for them. The barman retired to a dark room to call his wife and enrich her with the shocking news.  I heard him whispering: “Yeah, he’s talking to himself all the time. His fingers were shaking when I served him the drink (my little finger, my signal!)” And then came the final nail: “Don’t tell this to anybody.” That is the green signal for her to tell everybody, I knew.

Beyond the three dark glasses of salsa waiting for me at the counter, the ignominy of convincing my wife and mother loomed large. I didn’t know what to do. Only these boys waiting outside in my car could testify my innocence.

But for that I must first of all clear their doubts patiently. Only then I could make them get off from my car and tell my people that it was all a story. What a mess! That is no little finger business.

Manu has written 297 stories in Rum, Road & Ravings. You can read all posts by Manu here.
by Manu |
3 Comments |
Featured, Freekick Awesome

3 Responses to Freekick: Pickled in a Bar