When you stand here at the edge of this crater, you can see waves thrashing on the craggy beach a hundred feet down below. There is only the vast expanse of blue all around as far as the eyes can see, except for a few small islets at a distance. 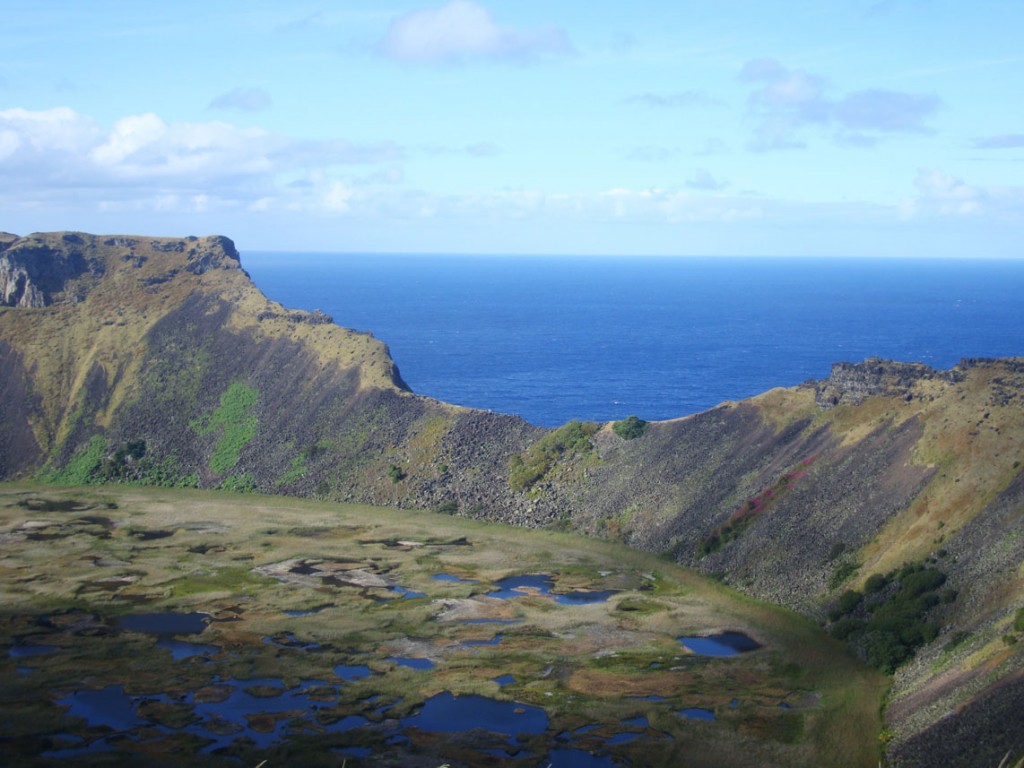 Listen! Do your ears us pick those faint rumblings -prayers, spells, chants – from the hoary past?

This is Orongo, a stone village and ceremonial ground in the Southwestern tip of Easter Island in the midst of the Pacific Ocean(It is considered to be the most isolated part of the world which is inhabited).

And who are its inhabitants? Sadly most of them are long dead or enslaved and taken out. Yeah. Most of the aboriginal ones who knew the legends and history of Easter Island are gone.

The few remaining had embraced Christianity. And cut off their past. 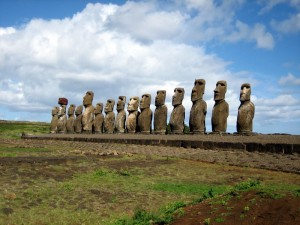 The islanders looked upon their ancestors to protect them from death and other misfortunes (But sadly misfortunes rained on them in the form of plunderers and diseases all the time). In return, much blood was shed on the ceremonial ground to appease the forefathers and to ensure a respectable place for them in the kingdom of the dead. A sort of symbiotic relationship existed.

But the harmony hadn’t lasted forever. The ancestor cult was replaced with a birdman cult later. The laborious process of making statues of ancestors along the coast of the island suddenly stopped.

Instead, the islanders began to gather once a year on the crater of Rano Kao, a volcano, to perform the birdman ceremony. The engravings of the birds and birdmen on the rocks give us a peek into a murky past.

The islanders anointed the Sooty Tern, a bird as a reincarnation of their god Makemake. So just when the egg-laying season was around, the high priest would lead all his men to the top of the ceremonial ground (the crater where we are on, now), where there were those carefully constructed stone shrines. Sacrificial rites were then performed to appease the birdman. Chickens, yams, cloth pieces and even children were sacrificed before the altar to make the god of fertility pleased.

Time to find the birdman of the year. 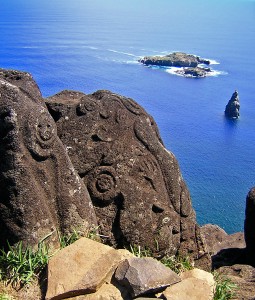 Can you see that small islet in the ocean from the Easter Island? Its name is Motu Nui. The Sooty Tern birds laid their eggs in that uninhabited islet.

The priest who had summoned the youth now demanded them to bring the first egg of the season from Motu Nui. A scary task indeed! Imagine, how they had to climb down in hurry from the dizzy heights of the volcano crater, and to swim across this shark-infested ocean, churning in all its fury to get the first egg laid in that island without breaking it.

The first to hand over an unbroken egg to the priest would be anointed as the birdman of the year. The man would then live as a reclusive for the next one year ruling over the islands.

Alas, those magical days are gone!

Only the deep engravings that you see among the rocks remain; they bear testimony to a rich pagan culture that is lost. No old men have survived the travails the Islanders went through to regale us with the myths and traditions that once existed here.

Only the rocks engraved with queer pictures and the sea-winds that sputter and rage remember the times. The rest is silence.

Sometimes I see Christianity as a Procrustean bed which has unimaginatively snipped away a lot of charm from this wonderful world.

One Response to Eggs from Motu Nui