You are here: Home » Featured » Culture Tours: A Fire in the Pacific

Culture Tours: A Fire in the Pacific 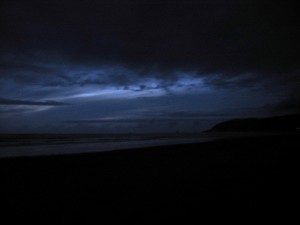 A story inspired by a myth.

It was night. A pall of silence shrouded a hamlet that clung to the rim of the Pacific. It was a sort of silence you could listen to only if you have lived long enough near a sea and let the waves relentlessly breaking on the shore shrink into a murmur and then into stillness.

The villagers had woken up with a startle.

For a moment they did not understand anything.  They were sleeping a minute ago and now they found themselves sitting upright in their beds wondering what had jolted them off their slumber. Some of them were shivering. Then they heard them again, this time distinctly. Screams.

The frightened noises were familiar but they never sounded this dreadful.

Alarmed, the poor villagers rushed out of their little huts, their hearts beating like frenzied drums. One could hardly see anything in such inky darkness but they did not stop; they had found their legs madly taking them down towards the shore from where the screams arose. Old men, priests, fishermen, farmers, children, women…  a large mass of dark molten lava drifted down towards an even darker ocean. 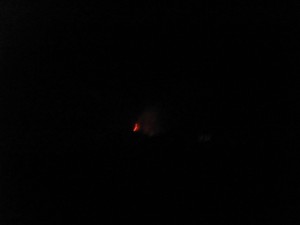 The villagers stopped at the shoreline; they saw what their friends had seen, they realized why they were panicked to give out such a loud alarm waking up the hamlet.  Shuddering in the gelid winds that blasted ashore, they stood petrified, their wide eyes glinted like glass shards as if they reflected some celestial fire burning from across the ocean.

Across the ocean over the water a fire indeed was burning.

A muffled fire – not bright enough to swathe the entire sea shore with its golden light, but intense enough to knit together a glittering strap of eyes beholding it in awe  – was smoldering afar.

An unspeakable horror suddenly descended on the shore. The fire was impossible by all means. Where the fire was burning now, only one place existed – Lanaii – the island of evil spirits. The very name sent chills down their spines. No man had ever set his foot on the island alive, and no man ever would dare to.

The last time they uttered the name of the island was when they decided to punish their chief’s son.

“What should we do with this brat who always plays terrible tricks to his own parents?”
“Kill him!” The village folks shouted. It was prehistoric times. Societies could afford such punishments and pass them as daily chores. 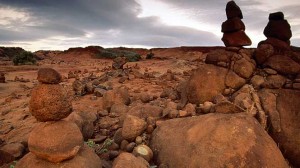 Well, they didn’t kill the poor young prince.  That would be too kind a punishment for someone who by then had grown into a pain in the society’s generic ass. The villagers put their best imaginings together.  They carved out the most painful instrument of death they could chisel. They cast the boy into the most horrible place in the world – Lanaii.

Let the devil do the rest.

Kaululaau was as fearless as he was disobedient. The moment he was tethered to a catamaran and pushed into a current that passed by Lanaii, he knew the company waiting  for him to land on the opposite shore.

They were no playmates.

When the young prince finally landed on the cursed island next morning he was armed with only one piece of information: the spirits were weak during daytime. So he sat out all day on a precipice. He had a long day ahead. Perhaps his last day.

The night food was cast ashore in a catamaran from across the ocean there was general merriment among the evil spirits in Lanaii. They had almost forgotten the taste of human flesh. But when the catamaran finally beached the evil island next day, play time was up. The spirits were too weak to frighten even a 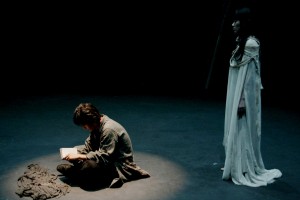 squirrel while the sun was on a roll. They must wait.

Still a few of them who could not contain their hunger mustered enough courage to make up to the young boy to fix an appointment with him. “Fail not our feast,” they invited him to the party they would throw for their guest that night. He would be served with the best delicacies of the island, they promised.

Kaululaau heard only that much; he heard every word distinctly.

When the evil spirits left him to season himself on the warm sun and the salty breezes, Kaululaau was reflecting on the work ahead. He was alone in a coven of 400 evil spirits. Unfair game. He thought about Maui, not his homeland, but the legendary hero of his tribe from whom his country took its name.

“If Maui could teach the sun a lesson, I could do the same with the evil spirits,” he muttered to himself.

Maui was irked when his mother’s repeated requests to the sun to cut its pace down – so that she could complete her daily chores in time- was turned down with contempt. He got furious. The sun must be taught a lesson. That night he climbed to the summit of a volcano crater with thick ropes draped across his broad shoulders. He waited for his enemy to arise 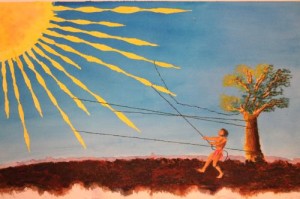 Next day, as the sun slowly peeped over the lip of the crater, Maui threw his rope. He lassoed one sunbeam after the other, as if they were those slimy tentacles of octopus, and tied them tightly down to the ground.

The sun was bound. All the world stood still.

Hectic talks and in camera discussions began. That evening when Maui finally let the prisoner go free he had made him acquiesce to his condition: the sun would henceforth pursue a more leisurely pace across the heavens.

The legendary site where his hero had caught the sun in Kaululaau’s homeland later came to be called ‘Haleakala’, the House of the Sun.

As he sat waiting for that hideous night to come Kaululaau was torn between myth and reality. Those were mythical times when men could catch the sun by its beams, he reasoned. “Times have changed, and I don’t have infinite strength. But If Maui could tie the sun down with his strength, I could perhaps tie these demons down by my wisdom,” he thought.

Night came by slow and ominous degrees.  Along with it emerged the spirits from their caves. With their fangs out, their muscles strengthened they began to scour  the island for their feast – Kaululaau. Soon they realized one thing.

There won’t be any party tonight. The boy was missing. 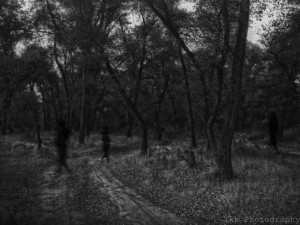 Next morning the spirits, weakened again, found the young prince sitting on the same precipice chomping at a twig. “Where were you, yesterday?” One of them asked him. He pointed towards the sea.

The spirits could not contain their excitement as they waited for darkness to arrive.  Many spirits remained on the seashore impatiently all evening when a few others volunteered to dive into the rolling water to hook home their prized catch. All night they searched. But they didn’t know they had gone too far in their hunger that they could not return in time before the sun rose.

The sea party did not return.  The shore party got spoiled. Again.

When the sun rose the evil spirits found Kaulukaau settled on the same spot where they met him on the first day. “Where were you yesterday?”

He smiled, looking towards the ocean.

The boy told them the same story again and again and each time the spirits fell in for the ruse, until eventually all the 400 spirits met their watery grave.

Finally, Kaululaau was left alone in the island; the spirits were dead, withered between the shore and a merciless sun that never failed to pull a surprise when they were at deep sea. That night, when all his enemies had disappeared, Kaululaau climbed the hill where he was hiding all these nights and lit a bonfire at the top. He thought about his gloomy future. Poor boy, he was doomed to die alone in this island. 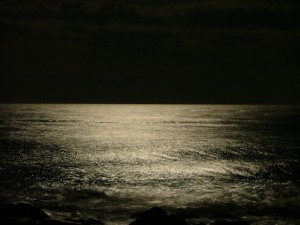 As he sat there all lost he did not know that the fire he had lit a moment ago – now licking greedily upward towards the heaven – had set a terror wave, now sweeping across the ocean, towards a nearby island, where he had lived long, long ago. He did not know that a whole hamlet which had once cast him away to his doom was now lined up on the other side of the ocean, with its dark eyes – a strap of glinting glass shards – reflecting the fire he had built on this mountain.

When Kaululaau finally dozed off to sleep that night he was not aware that a few long and thin catamarans were slowly gliding up the dark ocean in his way. Even those dark figures sitting in the catamarans could not guess what horrors were waiting for them in the ghostly island.

The sea was calm.  All its tempestuous spirits were buried deep below.

Kaululaau was taken back to his home and worshiped as the next hero of their tribe after Maui. Ever since, the island of Lanaii has remained inhabited. Today if you go to these tiny geographical pearls among the Hawaiian islands you can see the remnants of the evil spirits in the shape of weird-looking rocks in Lanaii as well as the crater in Maui where that boy dug his feet deep to teach the sun how to respect his mother.

2 Responses to Culture Tours: A Fire in the Pacific