You are here: Home » Featured » CLASSIC FREEKICK: The Messiah of Dark Malayalees.

Are you concerned about your complexion? Then you must start worshiping me as a messiah fighting for your cause. This story first appeared in yentha.com long back.

You don’t know how much I curse myself for being sweet to Ammini akka, (I used to pee only in her hands as a baby) our house-maid, when I was a child. I was 2 then.

She used to carry me around whenever Chinkaran came to our house to pluck coconuts. She loved me, but Amminiyakka loved Chinkaran more. I learned only later that I was used for my complexion. I was a little dark back then, and she was fairer, put against me.

With this writer in her arms Amminiyakka was a madamma to Chinkaran. Especially while he looked at her from the dizzy heights of a coconut tree. So Amminiyakka took me to the market, to the temple, to the rice mill, to wherever she went. The moment she saw ‘the man of coconuts’ at a distance, she took me off the ground.

This continued until I warned her that, I was turning 20, the following month.

I learned that complexion-wise, I took after my grandfather. Old man had nothing else to bequeath! I used to glare at his pic.

This happened when I was 8. There was this cousin Sambhu who was only 6. I used to pray back then: Daivame, you are not thrifty in feasting our eyes with lightning during rainfall. Why not spare one for my cousin! Right on his head. 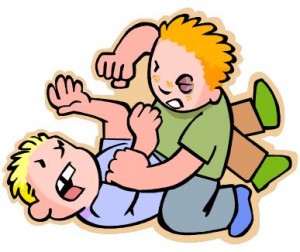 Sambhu knew tweaking the one nerve that spurred the adrenaline in me. Assuming a devilish naivety (as if there is a genuine answer out there for that question) he would ask: “Anna, why are you so dark?”

I almost spilled my coffee one day as he poppedthe question. He was playing to live audience. Moments of awkward silence. I threw a furtive glance at my uncles sitting on my left. They started giggling. My aunts on my right. Damn! They had started laughing aloud seeing my predicament. Then I threw my glance back to Sambhu. The imp, he had such an innocent air as if he had only asked how many aanas are there in a banana.

I patiently waited for an opportunity. One day the eight year old boy in me invited him to my room on the pretext of presenting him a toy.

Instead of the toy I flipped a pair of scissors out from my pocket. Pinning him to the wall I muttered in low voice: Saale… ever utter a word, I will cut your thing off. You know what I did to Sreekutti?

Sreekutti was our three year old cousin, who had a congenital apathy for clothes until the age of four. Sambhu visualized about Sreekutti’s physical condition. Then he visualized his own. He became certain, my scissors made all the difference. His face went pale. “Anna enne vidanna…I won’t do it again,” he broke down in tears. That was my first victory against apartheid.

Building on that success, I soon became a messiah of the dark Malayalees all over the world.

I got married. When my daughter came to our life, I already had plans to wean her away from the attractions of fairer world (her mother). Catch them young, that was my policy. I used to narrate fairy tales to her. 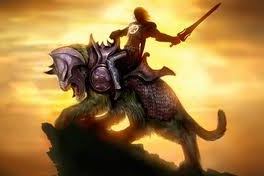 The Martin Luther in me woke up and began to spike the fairy tales a bit. Want to know how? The villains and rakshasas of my stories were always fair and uselessly tall in the stories I told her. But the heroes were invariably dark and handsome (and a little short, some have small bellies too). So the moment the princess touched the toad, the fair and tall beast would turn into a 5”7 inches dark man, with a small belly protruding, (the handsome hero, a princess (any) would helplessly fall in love with).

“Acha, were Sree Rama and Krishna also dark and short?” “Yes mole. They also had a little paunch like this.”

In my college also, right from day one, I had my work cut out. I began to drum messages into the subconscious of my students in order to sabotage the conventional idea about darkness. “Though fair, he has some grace” (Veluppanengilum Aishwaryamundu) was my catchphrase. Girls laughed hearing it only at the beginning. I persisted with my subverted catchphrases. I consoled my fair victims with kind words, “Veluppinu ezhazhakanu”.

There was pandemonium. “Isn’t it, ‘karuppinu ezhazhakanu’, sir? “Stupid! Who told you that?” 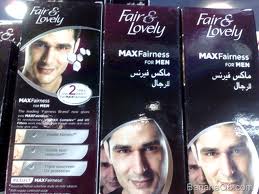 There evolved a genuine sympathy for fair guys.  And when angry, I used to tell them, “For this you would get only a fair man…very very very fair (my face grimaces degree by degree every time I repeat ‘very’). Girls began to leap up in disgust: “no sir, don’t curse me like that”. Ha ha ha…they now believe darkness has more oomph than its paler half. (Next I have plans to try it with belly. As I realize that no amount of exercise is going to help me).

It will not change things in a day. But remember if you are a dark malayalee sitting in the dark corners of some country, a man is fighting here in the darkness for brightening your future. Tomorrow I may not be here to share with you the dark fruits of my struggle. But if you see Prithwiraj, Soorya, Amir Khan or my editor Sabin Iqbal frantically sunbathing somewhere for getting that precious ebony glow, remember the battles of this lone writer.

Time to go out, where is my sunscreen lotion? Oops!! He he…

(NB: The complexion in the passport size photo hasn’t got anything to do with my true colour. You should see my biceps, wings and shoulders)

2 Responses to CLASSIC FREEKICK: The Messiah of Dark Malayalees.