You are here: Home » Featured » Classic Freekick: Silence of the Lambs

Classic Freekick: Silence of the Lambs

Valentines Day, and I remembered this story published in Yentha.com four years ago.

Man:. I think…er…mmm…SSabi, I must tell you the truth now. SSabi, I think…I have fallen in love. Yeah, with you. Do you love me?” 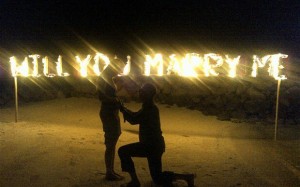 The woman let out a gasp, her fingers tightened around the helm of her shawl draped around her neck. She replied:

“AAjiyetta…I don’t understand why you should ask me this! I told you a dozen times. Yes! I bought this churidar from AAyyappas. You don’t listen when I talk.”

AAji blushed. He never knew a yes would come this quick.

Wipe that dumb expression off your face. I know this exchange between my friend and his girl might have driven you nuts. Don’’t worry, I will put those lovers in context so that you get the drift of the plot. Meanwhile meet my friend AAji, who is a doctor at Trivandrum Dental College and now the hero of our story. We were pre-degree mates a decade ago. Er…don ‘t look at me like that, ok, ok, a silver jubilee ago.

One morning AAji invited me to his home for breakfast. We were not so close those days, hence I obliged, as I was desperately looking for a friend and he fit all my conditions.

I didn’t tell you much about him. My friend is a very intelligent, smart, and handsome dude. Period.

Er…that won’t end with a period I know. Well…mm.. he has a small problem, a teeny weeny little problem if you insist on reading the small print. He hates feeble voices. He hates sounds that fail to reach his audio processer. Enemies could say, he is auditorily-challenged or hearing-impaired or just plain deaf, but that is extreme, gross and cruel an accusation. As his best friend I would defend his senses to my grave though I admit that he is not famous for his ears. 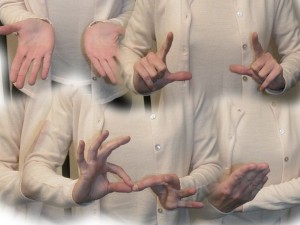 There is a lapse, a gap, a blind spot somewhere between his external ear and tympanum through which most of the soft voices in his life have been steadily leaking out.

For example, he would get furious if you mention the sweetness of morning chorus.

“Birds are humbug creatures,” he once said, “who only act up that they chirp, but actually don’t.” We nodded. The ticking of the clock is more visual, poetic and imaginary than an auditory experience. We nodded. AAji simmered in anger when a poor guy mentioned the murmuring of leaves: “Next, you tell me that the sun sets with a grating sound, and flowers bloom with a cracking sound and the cat makes a purring voice!. Don’t dream about ramming them down my throat, understand?” The other guy nodded. “I know they don’t exist!” We all nodded.

The problem is that AAji doesn’t believe he has a problem. “Sometimes I don’t pay attention. That’s all.” “That’s all!” I was doubtful. “That’s all.”

Now, let’s go back to that breakfast I was invited to when we were pre-degree friends.

His parents, and brothers welcomed me straight to the dining table. We sat down with AAji’s father at the head of the table and this young writer at the opposite end. Soon AAji’s amma began to dish out iddlis in all directions. Chammanthy followed merrily.

AAji’s father: “It is nice chammanthy, try it Manu.” I smiled and complied.
”Nice chammanthy, alle?” Father repeated this time angling deep for a positive feedback from me. As I was about to reply, AAji’s mother leaped in on behalf of me:
“Gomathy hasn’t come. She’s a bit lazy these days.” I waited for a merry laugh at this. But there wasn’t any. Instead AAji’s sister (actually brother. But for anonymity’s sake I changed it to sister) joined issue:
“Ithu mathi (this is enough). If I need more cash, I will ask you later.”

I was dumbstruck! Is this conversation or anthakshari! No way! 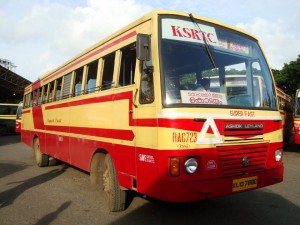 See how far the chammanthy had run! Chammanthy – Gomathy – Ithu mathi! Just like that Kottarakkara- Thiruvalla– Kottayam super fast express! So this is it! I cannot blame my friend any more; the audio driver malfunctions in the whole family.

The conversation went on merrily… for them. I felt myself like the only regular shape caught in an abstract painting. Or is it the other way around? They were all having a jolly good time talking, laughing, pondering, discussing, arguing…even though no two of them were on a single topic at the same time. When one fished around for opinions about George Bush, another would chip in with a lengthy talk on masala dosa and ghee dosa. A third one would soon pick the cue from dosa and defend himself by saying that he was not as mosham (bad) as they thought. My head reeled.

Suddenly I was jolted out of my seat with a direct question posed by AAji’s father:

“So you basically belong to Trivandrum?” As I was about to answer, my friend’s mother simplified the query for me: “Kappi ishtappettonna chodiche…” (You liked the breakfast?)I scrambled up to my feet half finishing my breakfast with a frantic nod, half-trusting that a nod would cover both the questions in a squeeze.

I don’t remember how I escaped from his home that day.

Many years later AAji found the girl of his dream and it was high time he had to bell the cat:

AAji:. I think…er…mmm…SSabi, I must tell you the truth now. SSabi, I think…I have fallen in love. Yeah, with you. Do you love me?”
SSabitha let out a gasp, her fingers tightened around the helm of her shawl draped around her neck. At the end she raised her eyes:
SSabi: AAjiyetta…I don’t understand why you should ask me this! I told you a dozen times. Yes! I bought this churidar from AAyyappas. You don’t listen when I talk.”

Hearing that AAji blushed despite his dark complexion. He never knew a yes would come this quick.

Alas! She too has the same issue. Hearing-not-so-keen! 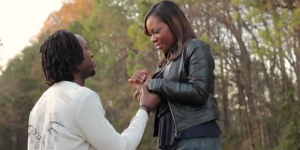 After a pretty long spell of silence the girl asked with bated breath: “AAjiyetta, my friends are always asking whether we are in love. What should I tell them? Er..I think, I am already there.. How about you AAjiyetta?”
AAji smiled: “Yeah, I am also for it. Especially that puttu, mutton curry and pappadam; that too from Buhari! Wah! It is heavenly to wash them down with their biriyani chaya, isn’t it?”

This time it was the girl who blushed. Kallan, he kept it as a secret all these years. She never knew a yes would come this quick.

And they lived happily ever after.

PS 1: We heard that their poor neighbors with their unmarried daughters on their shoulders had run away to distant villages as the newly wed began to express their love to each other in soft whispers during nights. Words spoke louder than action.
PS2: As per the strict guidelines and policies of RRR the real names of the characters in this story are not given properly. We judiciously added a letter at the beginning of the original names for the purpose of keeping things under thick blankets. After all a secret is a secret. Especially with RRR.

4 Responses to Classic Freekick: Silence of the Lambs