You are here: Home » Featured » Anybody got Cycleballs? Part III

Anybody got Cycleballs? Part III

This is the final part of the series, ‘Anybody got Cycleballs?’ 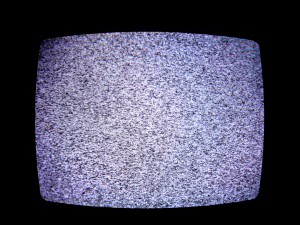 “We are going to watch television in Udayan’s house. Are you coming, Manu?” when my friend invited me to see the first television(not the program) of my life I hardly knew what it was. Without second thoughts I dashed off to that house in our neighbourhood.

I sat on the mosaic floor near my friends with my eyes glued to the petite human figures running after a ball inside a Sony television box. How is this possible, I wondered aloud, and got some stupid answers which I swallowed. With admiring eyes I espied the proud owner of that television, who kept on tweaking and turning the knobs of the picture box. Could we ever have such a machine in our house? I dismissed the funny dream with a foolish chuckle.

But the idiot box determinedly began seeping into the nooks and corners of the town. We were then children born in our home, but happily growing up in the neighbourhood. When the mothers screamed for us to get back home to our studies, we shouted back, “One minute amma…” Parents had courage to punish their children, without fearing that hurt egos could march on to nooses and poisons.

We were not jealous, whenever a television came to neighbourhoods. We sat in those houses, huddled together on the floor to watch our favourite programmes.

You still remember the signature montage of the Doordarsan? The terrestrial transmission began at 5:30pm. Half an hour before, we would have stopped playing and set our

eyes on the TV eagerly waiting for the grains to change into colour bars. Then the montage began. The announcer told us some nonsense in absolute Greek:“akshamsham 180 degree….”

Solidaire, Western, Dianora and Keltron were the major sets. The ‘Gulf houses’ flaunted Sony. We wondered what the remaining ten inert channels were doing in a television. How many hours we spent on our terrace turning the antennas to get that ‘perfect’ image! “Shariyayo?” we screamed from the terrace expecting our friend to give us a turn-by-turn feedback from the TV room about the picture quality.

Come saturdays. We could never imagine missing even a single episode of Johnny Sokko and his Giant Robot. (In 1985 the Malayalam transmission started) You remember the sort of Malayalam films they used to telecast? Mostly black and white art films, I remember watching ‘Elipathayam.’ We had the patience, we had time. We enjoyed watching them. 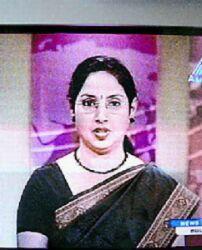 Maya, Kannan, Santhosh, Rajeswary Mohan and Hemalatha were the pioneer newsreaders in Malayalam. Kaladevi and Sheela were some of the announcers. The serials had only one face—that of Madhu Mohan, who tired us with his long wooden acting. ‘Kairali Vilasom lodge’ was the first comedy serial in which actors like Jagadeesh and Nedumudi Venu essayed major roles. Premkumar’s two-part story ‘Lambo’ had us in stitches. “Vida…ee kakkiyodum vida, ee police stationodum vida…vidaaa…” still rings in my years. A social awareness advertisement about the plight of the girl child had the actress Menaka. Her song, “Aano penno…aadyathe chodyamithalle…” is etched in memory. Nattinpuram, Prathikaranam were some of the other programmes they used to telecast. We would have completed our study portions by the time Chithrageetham began at 7:30pm (On Thursdays). Chithrahar was a compilation of Hindi songs we never missed.

The only time we tweaked the knobs of the radio was when there was a running commentary of Nehru trophy boat race at Punnamada kayal. Or Football. How can we forget those names of Kerala Police Team — Pappachan, Sharaf Ali, Satyan, IM Vijayan and Chacko?

You remember the transmission from Delhi? Let us begin the count from children’s programmes. We waited for Sundays. Morning, we had Mickey Mouse, Pluto, Sherlock Holmes, Famous Five and Star Trek to entertain us. 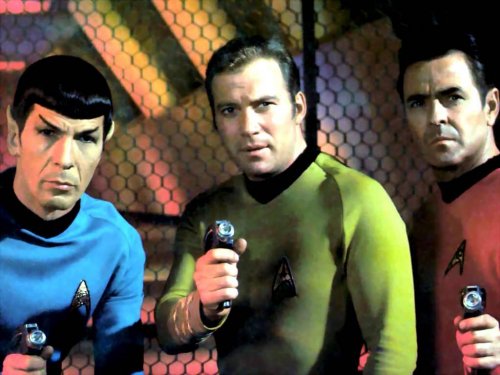 “Space…The Final Frontier…These are the voyagers of the Starship Enterprise. It’s a five-year mission…to explore strange new worlds to seek out new life and new civilizations. To boldly go where no man has gone before.” You still remember that wonderful intro of Star Trek? Captain James T. Kirk, Spock, Dr. McCoy were our heroes. I supported the captain while my big brother threw his weight behind Spock. So that at the end, both of us could share the common victory of the Starship Enterprise. “Beam me up, Scotty,” became a catchphrase among us, the kids.

Ramandsagar’s Ramayana took us by storm very soon. “Maharani Mandodhariii….” Ravanan’s booming voice still reverberates in my mind. The faceoff between two arrows, the disappearance of the one, the startle of its sender, the smile of the other victorious archer whose arrow had persisted after the meeting—all remain green in my mind.

Spiderman, Street Hawk, Didi’s comedy show, He-man, Mowgly, Ek, Do, Teen, Char, Vikram Aur Betal all entertained us. Karamchand was a detective serial aimed at all age groups. Pankaj Kapur and Sushmitha Mukharjee played Karamchand and his assistant Kitty respectively to create magic. Honi Anhoni terrified us with stories which whispered to us about the presence of the supernatural.

We liked the antics of a particular actor who played the role of a soldier in a serial. The serial was Fauji. And the new actor, Shahrukh Khan. Nukkad and Yeh Jo hai Zindagi were for all. But Buniyad and Hum Log entertained only the elders. 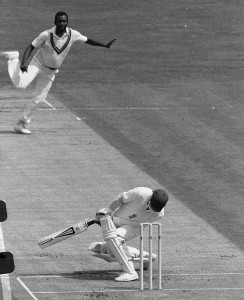 Stories were rife that Doordarsan had started telecasting, ‘Pathirappadam.’ But they were strict no-fly zone for us. We hopped from game to game with the changing telecasts. The rivalry between Gavaskar and Kapil Dev seeped down into us, the children. But everyone loved Mohinder Amarnath and the pyrotechnics of Sreekanth. We felt safe if there was a Kirmani behind the wickets. Oh, how much we were afraid of Malcolm Marshall, the West Indies pace bowler!  We were angry with our girls for their misdirected love for  Imran Khan, forsaking their national concerns. Some of us said goodbye to cricket, the moment  Miandad hit Chethan Sharma for that crucial sixer shredding India’s ticket to glory at Sharjah to pieces. Oh, how we hated the pace bowler!

Then we saw the magic of Maradona, with gaped mouths. The Lilliputians among us suddenly became giants in life as they identified themselves with the Argentine messiah who dwarfed the tall players of Germany and England with his dribbles. His ‘hand of God’ goal against England only added to his cuteness.

We loved Steffi Graff while the sports-bujis stuck to Martina Navratilova religiously for reasons we couldn’t understand. Sabatini and Chris Evert had already peaked and were on their way down.

You remember the national integration programmes telecasted back then? “Mile Sur Mere Tumhara…” In that short film the scenes hopped from state to state until we saw a Malayalee on an elephant, “Ente swaravum ningalude swaravum othu chernnu nammude swaramayi…”

Some of the parents cringed when their children began raising questions innocently when advertisements of Carefree/Stayfree and Mala-D came. They wanted to know what was so chic in that bold man asking a shopkeeper, “moods please” which made the poor man’s brows arch. The curiosity was never abated. 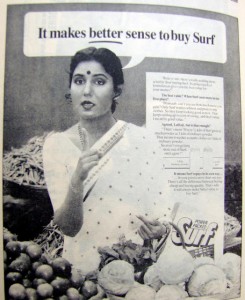 We had some wonderful commercials now more sweetened by the passage of time. Don’t you remember the Nirma girl making a pirouette with the jingle, “Washing powder Nirma, washing powder Nirma…?” The Rasna girl, drinking the orange drink and saying, “I love you Rasna”? When the Mom was challenged by her hungry children, “Mummy Bhoookh Lagi Hai..” we also said along with the mummy on TV, “(Do)Two minutes…” and we saw Maggi crumbs sinking into hot water.

We enjoyed commercials like, ‘Dadaji…Badminton! Uh..pehle Dabur Chyawanaprash.” And it is still difficult to forget the chocolate ad – “I am too old for dolls, too young for the disco.” And the response, “But I think you are just right for Amul Chocolate! Amul Chocolate! A Gift for someone you love.” The Liril girl, Kapil Dev’s Palmolive, and Gavasker’s Dinesh Suitings were some of the other prominent commercials of our childhood. 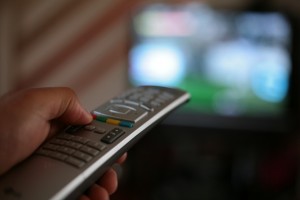 New channels have come, programmes have multiplied, people are splintered into different viewer categories, and viewing pattern is closely monitored. So channels could now serve programmes to every section of the society. Alas! What use!

With a remote control in her hand I see my child surfing through an endless ocean of virtual reality. I am worried about her blank expression even as Renjini Haridas breaks down in tears while she unwillingly ‘eliminates’ a chunk from her heart. Do these spectacles get etched into the minds of my child? Do they ripen to become oases of sweet memories when my child wanders in the desert of an indifferent world tomorrow? I asked my daughter, whether she had anything in her childhood she would never forget in her lifetime.

She replied, “Yes, the Tsunami.”

4 Responses to Anybody got Cycleballs? Part III