You are here: Home » Featured » Anybody got Cycleballs? Part II

Anybody got Cycleballs? Part II

How many hours did you spend waiting for those trunk calls to reach across? 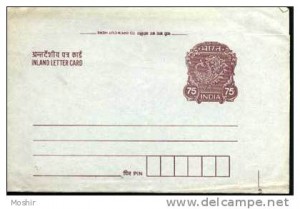 The majority religiously stuck to the blue inland to unbosom love, tears and advices. I still remember my grandma’s almost illegible tear-stained words on an inland as she told her son not to bother sending her any more money. Where are the grandmas now? How do they tell they care without those blue papers now?

Come Christmas, we touched one another with greeting cards. No festival bled into another; we didn’t have greeting cards for other festivals back then. We blindly believed Christmas Papa and Maveli would come. The children played in swings and see-saws. And read a lot.

With a childhood fed on poompata amar chithra katha, we know our puranas by heart. By the age of 8, I had read Vettam Mani’s voluminous Puranic  encyclopedia 3 times. Still now in classrooms I find myself formidable before my students who try to pick me apart in the department of our lores and legends. Everyone was reading, it was hard to find a reason not to. Prabhath book house regularly brought out Soviet books for the children, promoting science and stories at cheap price. Russian life and culture came free with the package.

We were fascinated with the exotic jungles where ‘the Ghost who walks (Phantom) wandered’. We rolled on the golden shore of Keelavi and rode with the dolphins along with Rex. I don’t know what tickled our imagination when a beautiful she-devil set her heart on Phantom. 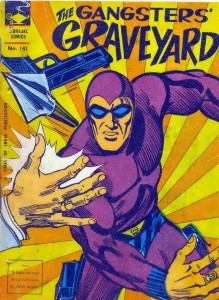 We were teetering towards our teenage, our first girls.

The world of Xanadu took us by a storm with its celebrated resident, magician Mandrake! Lothar and Hoja were actually a prince and the police chief in disguise, we chuckled in excitement. The Octopus, number 8 and Mandrake’s half brother sent our adrenaline shooting. The latter halves of those Indrajal comics were reserved for lesser mortals(still heroes) like Bahadur, Flash Gorden and Inspector Azad.

I had fights with my brother for Poompata magazine. But exchanged it happily for Balarama with my neighbourhood. By that time Balarama introduced Mayavi to check Kapeesh’s unchallenged foray into our imaginative hearts. Kadu forest, Ila, Bandila, Mottu and Pintu continued to play before our eyes even after we closed the books. Peelu, Sigal and Doppayya were always peering in through some deep foliage. Elsewhere Chamathaka was having another round of medicine from Kaliya. We skipped the last part of Aesop’s fable and Panchathanthra as we could not take more advices than what was always on tap at home.

We laughed with Toms at the naughtiness of Boban and Moly. Appi Hippi, Vakkeel and Panchayath President rocked. The topping of the cream was Chettathi. A magazine ‘Pakkanar’ competed with Bobanum Moliyum for a while.

And how many of you remember the comic hero penned by Kannadi Viswnathathan? The “Pataar..Tamaar…Aiyyooo…ente kayyodinje…” screams in the comic ‘Urukku kai Mayavi,’ were simply hilarious. Some of us were busy poring over Detective Maxin ripping the polythene cover of Half-a-Corona cigarette in Kottayam Pushpanath’s scary tales.  His Indian version was christened, Pushparaj.

The convent girls were reading Enid Blyton back then and hissed and oohed, every now and then. I envied. Comics were democratic. The “blue blistering barnacles” and “thundering typhoons” of Captain Haddock in Tintin stories and the upward punches and kicks of Asterix and Obelix had us all in stitches. 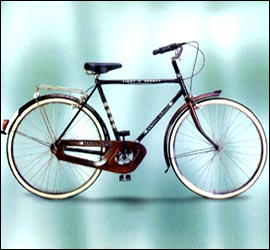 The moment we closed those books we hit playgrounds. Cycling was a rage back then. Atlas and Hero were the rulers, but BSA SLR took the stage by a storm with their stylish machines. We wheeled, skidded, and fell many times. We had a pact that nobody would report the accident to the parents. We took care of our injuries and sprinted around with our bleeding knees. Nobody mentioned hospitals at every cut and bruise.

When it rained, children played carom board, chess, and sometimes cards (Donkey and Joker) especially during vacation. Or we would be flipping rapidly the goldspot books to see Sunny do a straight drive.

Kite flying was legal in the city at that time, and we fought with killer kites armed with blades. We knew how to send missiles with matchsticks from the ‘We Two’ matchbox. When refrigerators came to our homes, we began to drink gallons of ice water. Nobody warned us about the e-coli content or the germs. We used to make ice sticks experimenting with all sorts of liquid—from milk to squash. Even ice cubes made of water tasted like manna.

Newspaper was no anathema for the children back then. Sometimes we got excitedly scared by imagining things. When the news trickled in that an American satellite, Skylab, veered out of its orbit and was heading towards the earth, we went to school with our necks all craned up. Then came the solar eclipse. We had frissons when we heard that the seventh fleet of America started its journey towards India, to keep our hands off freeing Bangladesh. We were 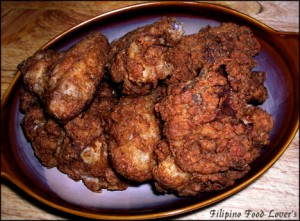 sure that our bosom friend Soviet Union would intervene and issue a strong warning to the US at the last minute. We were excited when she finally flexed her muscles. America baulked. We were saved.

Towards the end of the 80s we had started exploring the city with friends. The minimum fare for auto rickshaws was three rupees. For the city bus, it was 40 paise.

The Powrnami chicken corner at the Over Bridge offered chicken fry for eighteen rupees. But the rage was the Killippalam thattukada nearby. Two pieces of chicken fry for ten rupees, and beef fry for four rupees. I still remember my friend, when he got through the medical entrance, threw a party for four of us. He got a bill of Rs 34 for that lavish treat. “Arul Jyothi and Azad were some of the other joints I remember,” says Sunil B who is now working in Technopark.

“At bars, you get a peg of OPR for eight rupees in the 80s and a full bottle for less than 70. And can you believe it! Kalyani beer was available for Rs 19,” recalls Biju S, who works at Secretariat. 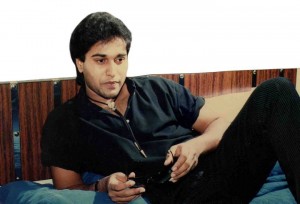 At college, Action shoes, Kolhapuri and Quo Vadis from Bata were the footwears for the geek. Step cut at school now gave way to punk style in hair styles. A City Man shirt set us back by two hundred rupees. Lacoste belts and Lee jeans were for the brand conscious. Brut was the perfume. The lucky came in brand new Hero Honda CD 100 and Yamaha RDX. But the class was still the Royal Enfield. We sucked on Wills cigarettes, imagining that they were easy passports to the hearts of girls.

We bunked classes to watch Mammootty and Mohanlal flicks, and couldn’t understand why our girls went mad after an actor named Rahman. At theatres, we spent 8 rupees for a balcony seat. “I still remember, it was Kairali theatre which raised that to 10 rupees, and our heart was broken, when other theatres followed suit,” says Dr. Ajith Kumar KC, working in Medical College.

80s was only a prologue to a vast epic. We had little money. But a big world was slowly opening before us. We waited with wide eyes as new and fantastic experiences came and swept us wave after wave.

5 Responses to Anybody got Cycleballs? Part II