How sweet the name is: Thengappura! My place!

Ah, music in the ears, honey to my soul, manna to my sense of identity.

Had I come across this list of names much earlier, I would have shared it with my poor neighbours, my friends – Unni chettan, Saiju, Baiju, Sajitha, Rajesh, Maya, Bobby, Raj Mohan and all, and they would also have got relief! Oh, how much they went through with Thengappura. 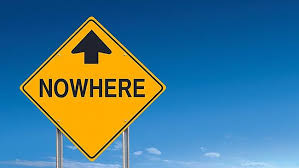 I have come again to save our dignity, not to bury it deeper as I had allegedly done with my earlier stories. Read this list. Believe me, guys. Our ignominy, being brought up in Thengappura, is nothing before those thousands who are living in many other places in Kerala.

Their lot is far worse than ours.

For example, we should thank our parents for not finding each other and settling down in a place named Pokkirimukku (Hooligan junction) or Nattappara (The smelly rock). Realize that our country, Thengappura is by any standard far more musical and thankfully less evocative than a name like ‘Bhranthan kavala’ (Madmans’ place) in Kottayam district.

Baiju, it would have taken a helluva bit of explanation at the Canadian embassy to establish that you were damn serious with that request for visa (and was not there to display your antiques) if you were born in Joker mukku in Idukki.

Unni Chetta, you made an impression with the foreign doctors with your radical ideas on improving the public health sector. But just think. What would have happened on that day if at the end of the session you admitted that you come from ‘Kirukkan paalam‘ (Looney bridge) near Mannanam?

All that intellectual fireworks doused with a single name!

Laughter would have erupted instead of that standing ovation and your theories would have promptly been tossed into the dustbin. 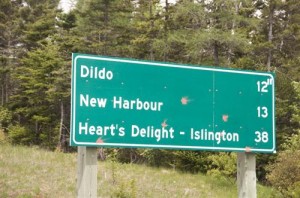 re good if they confine themselves to animals. But sadly they are not. Friends, we are not that pathetic with Thengappura as we need not have to carry the talisman of any animal around our necks.

‘Annankunnu‘ (Squirrel mount) is harmless and arguably cute, its inhabitants would claim, but when it gets to Ana vizhungi (One who swallowed down an elephant with or without water) in Trichur, we know things are getting upset. It needs a lot of courage from kids who hail from Kazhuthakkara (Land of asses) in Malappuram to meet their friends in distant schools. Even their slightest mistakes would be exaggerated and slapped on the back of their places.

Here are some more pathetic names. Please imagine the plight of people who belong there.

Pattithara (Dog floor) in Palakkad:  Pattikkad in the neighbouring Trichur sounds slightly better and more mellifluous, but both refer to the same animal. Forgive me dog lovers, no offense meant, but Pattithara is not as musical as it seems to be. Check with songwriters. It is difficult to use the name in songs or poetry. How many of you readers can utter that as your home and still hold your eyelids from blinking.

Kura (The bark) in Kollam – I wonder how they got this name. It is a verb. Might have got some relation with the previously mentioned place. If you’re type talkative and type offensive, this place name will talk a lot on your type.

Ori (The Howling) in Kasargode –  Has some connection with the previously mentioned place. It is again a verb. But not a ‘helping verb’ in the sense that the verb helps little to boost your image.

Pannikkuzhi (pit of the swine) in Ernakulam – There is no use in cleaning up a town like this every morning. Leave it like that. You can’t change any impression with a name like this.

Pothukuzhi in Kannur: Even otherwise there was an impression that I was a blockhead in Mathematics in school days. The name Pothukuzhi (had it been my place), would’ve spilled the beans, if I was brought up there.

Poochavaal in Pathanamthitta (Cat tail): Your place is denied the right even to carry the full name of an animal. Just a tail. Girls, if you have only a thin strand of tangled threads at the back for hair, don’t reveal this as your native place. Say, PV, its short.

Elivaal in Palakkad (Mouse tail): Mi God. This is the ultimate. Your friends who are competing for the same girl with you will ultimately let the Elivaal out. Elivaal! Would you marry a boy from such a place? But marriages, it is reported, regularly happen there. Has any girl from Poochaval married a guy from Elivaal? I find the consequence of the couple introducing themselves in meetings quite amusing.

Now, girls reading this! Listen! And realize how lucky you are. But there are people just like you living in these places and they get boys in spite of their place names. Still you can imagine their sufferings when they have to tell their place-names to their boys for the first time: 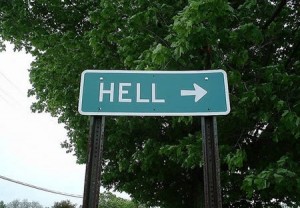 Poothakkali in Idukki(An obnoxious demoness notorious for her temperament). You can reveal this name only with utmost humility, coyness and respect, in order to nullify the effects that Poothakkali makes on the poor boy whose mouth suddenly slacks open. The name might throw a glint on your performance as his wife, in future. To lessen the damage you can take short breaks after ‘Poo’ and ‘thaa’. But sudden utterance of the last part – ‘Kali’ – would let the impression out.

Maruthamukku in Alleppey: Marutha is a demoness known for her violent moods and evilness. If you are not exactly that in your temperament, believe me, you are in for a bad bargain with your place. Change your name to ‘Shaleena’ (The modest) to cancel out the place name.

Karinkanni in Wayanad(The evil eye): When your mother-in-law displays her new saree, look away, close your eyes or swoon down immediately. Don’t set your eyes on the saree; that is the point. If on the very next day, the saree gets cooked under an unattended iron box, you have a bad place name that draws a lot of attention.

Friends, we have only begun. RRR will come back tomorrow more gross names, and the pathetic people who have to live them out.