This is the second part of the story: A Place named Thengappura: Season II Part 1

You want to get off the bus to take a pee. Destination is only a short distance from this point; a walk along the dim lit road soaking in the night air seems quite a premium idea. Just before you ask the driver to stop, you check with the conductor what the name of the place that they are going to leave you behind is.

“Prethavalavu (The Ghost turn)”, he answers.

The pee is sucked back to the bladder. No body wants to get off the bus, anymore. Forget the short walk enjoying the night air. You will sit until the last stop. 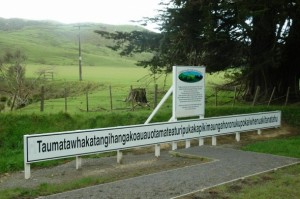 We in Trivandrum are half surprised. Some of our neighbours come straight from the tomb, sorry, a place named Kallara. Some dust off their dress, tell you casually that they are fresh from Shavappetti (the hearse) in Kannur. Do you have a matchbox to light a beedi, they ask. A few others invite us to their homes at ‘Chudala’(the graveyard) in the same district. Long ago I remember how I vehemently declined an offer from a stranger. He wanted me to take a dinner from his restaurant at his place named Chekuthanmukku. At night.

Journeys to new destinations often leave me wondering about the logic behind names. How did they decide on one for their place? Some have names or nouns as place names. Like Rajakumari in Idukki. Like Mallika in Pathanamthitta. I can understand that. But some have verbs or commands as their names; they give you the feeling of a play frozen mid-act. A sense of action hangs about the name. Would an exact translation help?

Ittonam in Trichur – Exact translation: ‘You must wear it’. But what? What has to be worn in such an emergency?
Mulli in Palakkad– Trns. ‘I peed’. Gross! Any other meaning for that word?
Tharatta(?) in Trivandrum– ‘May I give it to you?’ Enthonnu! What? This is getting bizarre. My Thengappura is so plain, it doesn’t keep things behind its sleeve. But Tharatta keeps you thinking all night especially if you have heard it from the opposite sex.
Chavattu in Calicut– Pronounced Chaavattu in Mal. Meaning: ‘Let her die!’ It seems that we are in the midst of a domestic squabble. The wife threatens her husband that she would commit suicide.  The husband barks: “Chaavattu!”
Chavadi in Alleppey – Pronounced Chaavedi! Meaning: ‘Go and die/*** yourself’. In spite of the suicide threat, the wife lingers around, doing this and that, never committing herself to that she has said in anger. The husband gets impatient. And yells: Chavadi! The name of the place thus got stuck. It is the frozen frustration of the husband.
Manthuka in Pathanamthitta: To scratch – we have reached the heights of domestic disagreements. Things get physical.
Chaaradi in Kottayam– “It is a curry.” Kottayam is known for its curries. But to continue with the narrative, everything is settled; the man and the wife smile through their tears; the husband opens the packet he has brought from the toddy shop and tells her with new-found love: “Chaaradi.”
Madakki  in Idukki (fold it (Note the rhyme scheme)) is always in quarrel with Madakkanda in Alleppey (Don’t fold it) for some hidden reasons. Together they raise the curiosity level of poor travelers like me to dizzying heights.

Some place names are so transparent that there is no room for confusion. 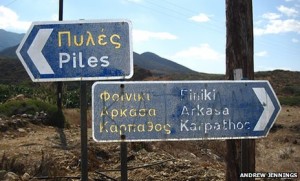 Mamante parambu in Kannur(Uncle’s property) doesn’t equivocate on who owns the whole panchayat. Aliyan kada (Kottayam) and Ayalvasi (the Neighbour) in Calicut also help dispel the polluted air. And what good would you expect from Anyayamukku (junction of injustice) in Pathanamthitta People think twice before they haggle with a merchant in Odakku city (quarrel city) in Idukki. You will be wary of even inanimate things when you are at ‘Kaaluvaari mukku.’

Some places have deceivingly civilized names.

Midukkanmukku. Nishkalanga junction. Maryadamukku. Standard Junction. Etc. But I always smell a rat when there are too too many layers of cuticura on a face.

You only have to scratch such name boards to see the old writing – Pokkirimukku, Thendiyampara – alavalathi junction  etc – etched behind them.

Now it’s time to welcome the real monsters of the list.

No idea whether people still live in these places. If they do I don’t understand what they feel like when they give their address to strangers and travelers. Do they feel ok when they explain away their places? Check these names out:

Maridam in Kottayam(pronounced maaridam): Meaning, ‘the breasts’. You ask a girl her place. She answers the question in the most innocent manner. A lightning bolt hits you. For a few seconds, you don’t understand what she has told you. Involuntarily you lose your power over your eyes. Hey, come back! It’s rude! That’s  not what she meant.  How many of you can help being indecent when a woman flings such a name at your face!

Kundaman kadavu alias Kundaan kadavu: Don’t ask what is wrong with this name to a local boy. Please. Kundan is the slang word for homo. 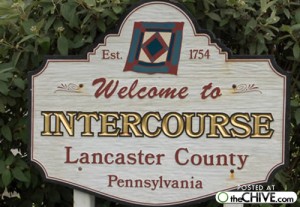 *** – This is the final, and this is the ultimate. Bring in the band-roll. Ring in the pageantry. A place in Kasargode. You ask them what their place is. Silence. But why? No answer. They’re afraid you would burst out.

A few government officials who were transferred to this place tasted the bitterness as big laughter erupted in official meetings when they were asked the place they work at. Finally they put their heads together, moved applications and successfully changed the name.

The latest update from ***.

The locals are up in arms. They want their sweet old name back at any cost. It reflects their rich culture. Let the officers go to hell with their dirty minds.

Want to know the name of that place? Not from RRR’s mouth. If you insist here’s the link. What’s in a name?  Warning: Check it at your own risk. 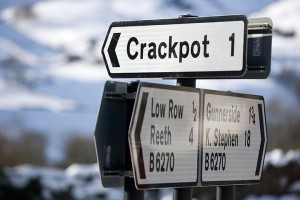 Now proud about our Thengappura? Didn’t I tell you it is great? (Bows. Struts out of stage. Background music).