A Cup of Tea

Ah! For yet another cup of tea.

I have woken up in a hundred different places in Kerala. (With all this traveling). But wherever I wake up, and whenever I do I find myself wired for a cup of steaming hot tea. Like you.

But the best ‘teas’ in my life have waited at a distance. So here I am, scrambling to my feet, stretching my limbs, getting ready for the early morning walk. It is dark outside.

Let a light drizzle fall without annoying the earth which snugly sleeps under the wafer-thin blanket of mist. My eyes like night bugs pick the distant light straining through. A cart, an odd bench teetering to one side, a tea maker, his utensils, the steam wafting up, three or four people waiting – all buffed in gold from the light of the petromax.

The bench creaks as I sit. “Strong tea?” he asks me almost without voice. I nod. 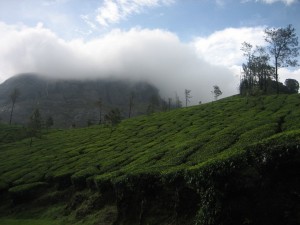 How do you like your first tea? I want it strong, pipe hot. It must be brawny enough to pry open each and every sluggish cell in my body – those tightly shut clamshells – and startle the inhabitants with a scream: “Wake up…It’s morning…”

I would rather prefer the first sip take me to the misty mountains where women snip tea leaves in silence than dump me into a soggy barn where everything is besotted with milk. Even otherwise, the acrid, dark, tea leaves have more magic up their sleeves than the sweet simple, milk, so white.

See. Everything around is draped in silence. The morning tea is an intensely private affair. People stand with palms tucked inside their armpits to keep off cold as they wait patiently for the pot to come to the boil.

Looking long into the fire under the pot, a few pairs of eyes may glaze over. They might be hauling their minds for one last time over the paltry sins and mistakes they might have committed the previous day. They sigh deeply. This tea now churning inside the pot will settle their guilty minds and pitch them into a brighter day, a new direction. A cup of morning tea is an F5, a refresh button for the wearied soul.

They smile inwardly. As if, poor men, they have suddenly spotted new hopes flashing their fins in the early morning darkness.

One tea can thus make a day.

Do you skim through the faces of other people, those strangers, while you wait for a tea at an early morning shack? I do. I fancy, I can connect those worry lines on their faces, awashed with the golden glow of the petromax light, to rebuild their past pixel by pixel in my mind and read meanings into them. 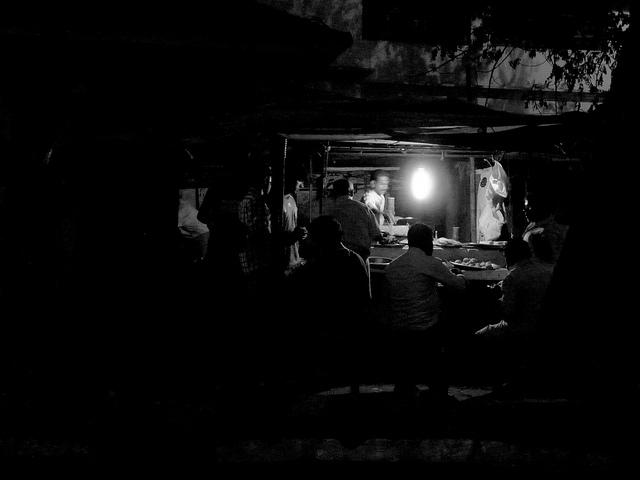 Especially those sanyasins who have come from far away lands.

Even in a crowd my eyes would pick those early risers with all that matted knots of hair, rudraksha and bhasma.

Sipping tea, looking long at them, I try to retrace their steps through snowy mountains, decrepit temples and poor villages. Why did he become a sanyasin? Does he have a mother waiting for him somewhere? Has he ever met his God? What odd wind has brought him here?

So distant is their world from the one I know that they gleam like far-away planets in the night sky, but have come down for a morning cup of tea.

See. The water boils now. Peering into the churning water I remember how we struggled with freezing firewood, a matchbox, and a pot filled with water in one morning at a place called Pampadumchola (Idukki). The temperature was 2 degree Celsius. We were quaking on our feet, deliriously praying for the wood to catch fire. We thought we would die without a tea with the freeze. And then at last…the firewood crackled into life.

There are many such fond memories of tea.

Half a dozen glasses of black tea I had virtually knocked back at Pattiyar bungalow(Palakkad) one morning to keep a chilly wind at bay. Its wickedness only grew. Thankfully the taste of the black tea too rose with every buffet of the gale.

And how can I forget those cups of tea I had from strange places where the KSRTC buses stopped at night for breaks?

Sometimes during college tours, my students (girls) implore me to give them a taste of a tea from a thattukada. So in the wee hours I would ask the driver to stop the bus near a shack.

As I sipped the black tea along with my students, my eyes would be fastened on my driver who would be far away from us. I would watch him with all the envy I could gather in the early morning.

He stood there in the middle of the empty road, with a towel wound around his head. Calmly he took a sip of tea, bite on the butt of a half-burnt cigarette he was holding with his other hand, closed his eyes, drew a long puff taking along with it the trembling night air, and blew the gray smoke against the sodium-vapour lamps of the highways. 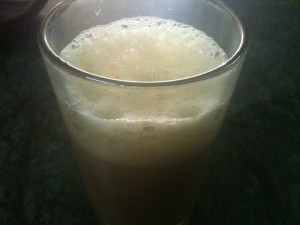 Ah! If we could exchange our roles for the night.

I wake up suddenly as murmurs die around me. The tea maker spreads out glasses, half-filled. My moustache trembles with anticipation.

It will turn white with all this froth.