You are here: Home » Featured » Voyages in RRR

After 109 days Aswathy Rajani looks back at the stories she had tasted before they appeared in ‘Rum, Road Ravings’. She is now a happy lot with the kind of progress the website has made in the short span of its life. 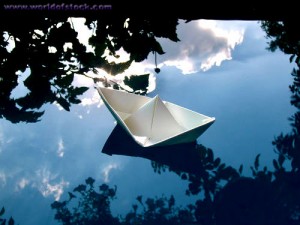 We are happy to let our thousands of readers from all over the world know that Rum Road Ravings have been running for 109 days since its launch on March 14.

RRR has hundreds of readers per day. In the past four months the figures have multiplied four times of what it was when it took off, making RRR a phenomenal success. We thank each and every single one of you for indulging in this website. However, there are certain people who ought to be mentioned for the mammoth support they have lent since the day RRR was born.

Tons of thanks to Hari Shanker, our designer; and Syamnath, our friend whose efforts and suggestions to promote the site are commendable. Special appreciation to a horde of Manu’s students who nearly took oath of lifetime readership and triggered the success of RRR. Also, we express our gratitude to the circle of the author’s journalist friends who in their own ways have contributed to the blooming of the website.

As the copyreader I have enjoyed editing (that has so far been confined to just correcting typos) all the 56 posts dispersed across the categories Rum, Road and Ravings till date, besides the published works. Interestingly, the top ten most popular articles scatter across all the three slabs. The top three articles ‘Voyagers in a Paper Boat’, ‘Batting against Red’ and ‘Closely Watched Trains’ fall under Ravings, Rum and Road– in that order.

‘Voyagers in a Paper Boat’(rank#1) seduces the reader into loving poetry with its evocative style, while in ‘Closely Watched Trains’ (rank#3) the writer elevates the experience of something as vapid as a train journey into a nostalgic and dreamy bubble. ‘Batting against Red’ (rank#2), a tale of the famous rum, Bacardi, has probably the most number of international audiences and recently ‘The Blood Trees of Socotra’(rank #10) about an exotic variety called Dragon’s Blood Tree found on the island Socotra have jumped on the bandwagon with readers from exotic sounding places like Oost Vlaanderen, Turin, Ljubijana et al. 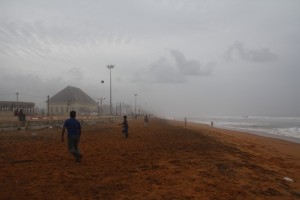 Let me digress a bit at this point. Manu and I have developed a new hobby of googling the intriguing names of so many places that show up in the ‘Live Traffic Feed’ strip. We have figured not only some more names for our holiday spot wishlist but also that our audience range over the six continents. Although every article has received global attention, the aforementioned two seem to grab a good chunk of the spotlight for reasons unfathomable.

It is also noteworthy that all the three Freekick subcategories (Pure,Family & Awesome) made it to the top ten. But then it’s not so much of a surprise as our writer knows his way around making his readers ROFL. The Freekick pieces ‘All for Chicken’ (rank#5), ‘Scenes from a Renovation Site’ (rank#6) and ‘War of the Worlds’ (rank#8) are major ticklers. But I suspect ‘The Sacred Stones from Ramayana’  is hitting our readers’ bellies harder with hundreds of clicks before crossing a week.

A lot of readers come back again because they liked the taste of Manu’s language. As you have observed, his style is supple and keeps changing with the texture of his text.  You see that rare combination of information wrapped in good language in RRR. My teetotaler friends who are ardent readers of Rum can testify for that. Read ‘In the Beginning there was Grape, then the Yeast…’ to know what I am talking about if you still think I am exaggerating. 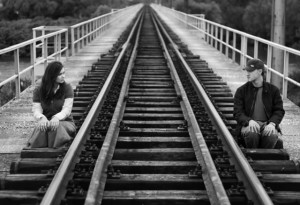 It’s a pleasure knowing that it’s not just the language but the photographs too have captivated our audience. Compliments were showered on the photos, on the ones clicked by the writer as well as the ones picked by him from the internet. The former for talent and the latter for aptness.

Next month you will see the column ‘Esperienza Exotique’ on a regular basis. The pilot piece ‘The Blood Trees of Socotra’, like I said has scored well. ‘Mooning over Monsoon 1’– the sequel of which is our writer’s favourite– is inching closer to usurping ‘The Blood Trees of Socotra’. The ‘Mooning of Monsoon’ series brings out the best in him. There are instances that tingles you or gives you goose bumps just like when the first drops of a downpour hit you.

‘Where the Witches Meet’ (rank#4), ‘101 Reasons to Love Kerala:Tree Shades’ (rank#7) and ‘Siberian Chicken and the Secret Inside the Bra’ (rank#9)—in case you were wondering.

RRR thrives on its readers. That’s why every ‘share’ is priceless.  People always look for fun, awe and excitement and if you think you have found it here, feel free to make RRR go viral. We also welcome you to drop comments, not necessarily compliments, but any feedback would be insightful. Let us remind you that in RRR our readers get to more than just read. You can post your articles in the ‘Guest House’ under the ‘Ravings’ roof and have the relish of finding out that someone in Jiddah or Sau Paulo or Nanoima have their eyes glued to your work (RRR has readers from 630 towns. Yup, we sat down and counted).

RRR’s success exceeded our expectations. We raise a toast to our readers for being our silent partners in making RRR resonate in the farthest corners of the world.

Manu has written 297 stories in Rum, Road & Ravings. You can read all posts by Manu here.
by Manu |
4 Comments |
Featured, General

4 Responses to Voyages in RRR